On 23 April SpaceX successfully launched the “Crew 2” mission on a Falcon 9 vehicle into low Earth orbit from Kennedy Space Center, Florida, USA. Lift-off occurred at 0949 GMT.  On board the Crew Dragon Endeavour were four crew: NASA Astronaut Shane Kimbrough, NASA Astronaut Megan McArthur, ESA Astronaut Thomas Pesquet and JAXA Astronaut Akihiko Hoshide. These astronauts are scheduled for an approximate six month mission on the ISS before returning to Earth. This launch saw the reuse of the Dragon C206 (Endeavour) crew capsule. The first stage of the launch vehicle, B1061, being flown on its own second flight, successfully landed back on the drone barge “Of Course I Still Love You” at 0957 GMT. 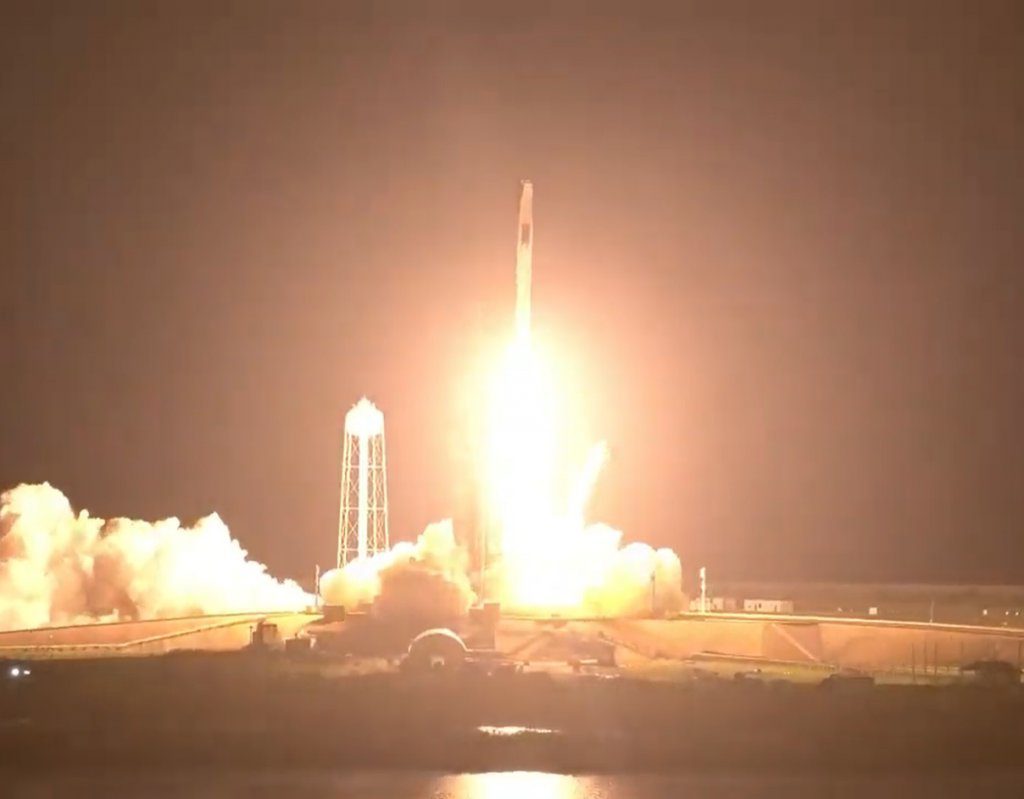 The Falcon 9 lifting-off from LC-39A carrying the Dragon Crew 2 mission to the ISS. Courtesy of NASA via YouTube

Crew 2’s transit to the ISS was not entirely without drama during their flight as the crew were at one point ordered to don of their pressure suits in response to a possible space junk collision risk. The debris ultimately passed by the Crew Dragon capsule without incident.

SpaceX is planning to return Crew Dragon Resilience to Earth with the four Crew-1 astronauts: Michael Hopkins, Victor Glover, Shannon Walker and Soichi Noguchi on 1 May. Akihiko Hoshide will assume command of the ISS once Crew-1 departs.