At 0642 GMT on 9 May 2021 SpaceX conducted its second Starlink launch of the month. This mission lifted-off from Cape Canaveral, Florida, and carried 60 Starlink satellites into LEO. Importantly, this mission was the first to pass the 10th re-use milestone for a Falcon 9 first-stage. This particular first-stage, known as B1051, first launched in March 2019 – orbiting the first uncrewed test flight of the Crew Dragon capsule.

Following the successful landing of the first-stage on the drone barge Of Course I Still Love You downrange in the Atlantic Ocean, both fairing halves were also recovered from the water after parachuting down.

The Falcon 9 first-stage lifts off for the tenth time, carrying 60 Starlink satellites to LEO. Courtesy of SpaceX via YouTube 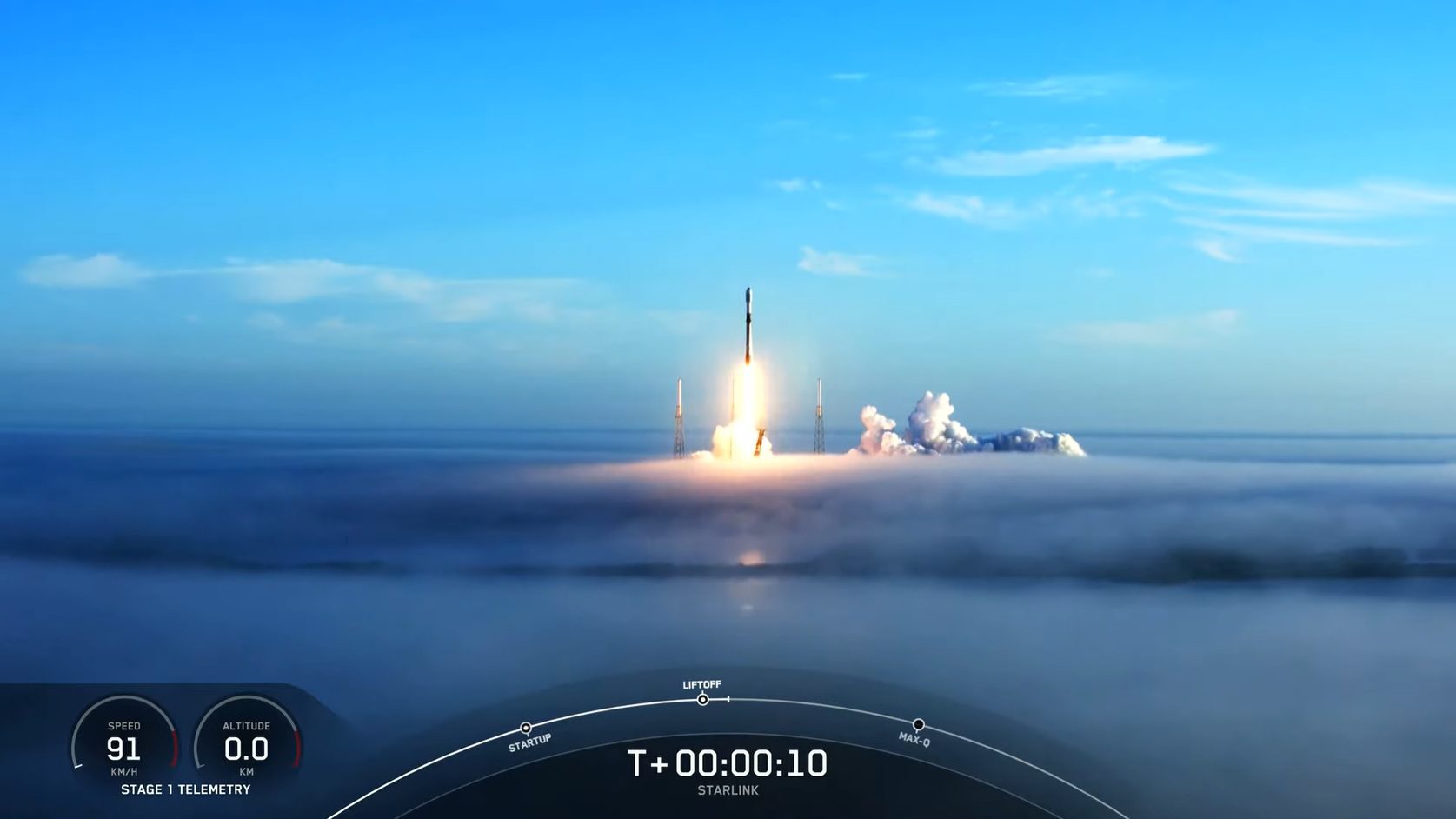