Marking the first launch of December a Falcon 9 rocket from SpaceX has lifted-off from Cape Canaveral, Florida, at 2312 GMT on 2 December. The mission carried a reduced Starlink count of 48 satellites – compared to the previous mission to this orbital shell which had 53 units – to accommodate two BlackSky Global rideshares. After reaching orbit the Blacksky satellites were deployed first, followed by the Starlinks ending the mission at approximately T+90 minutes. 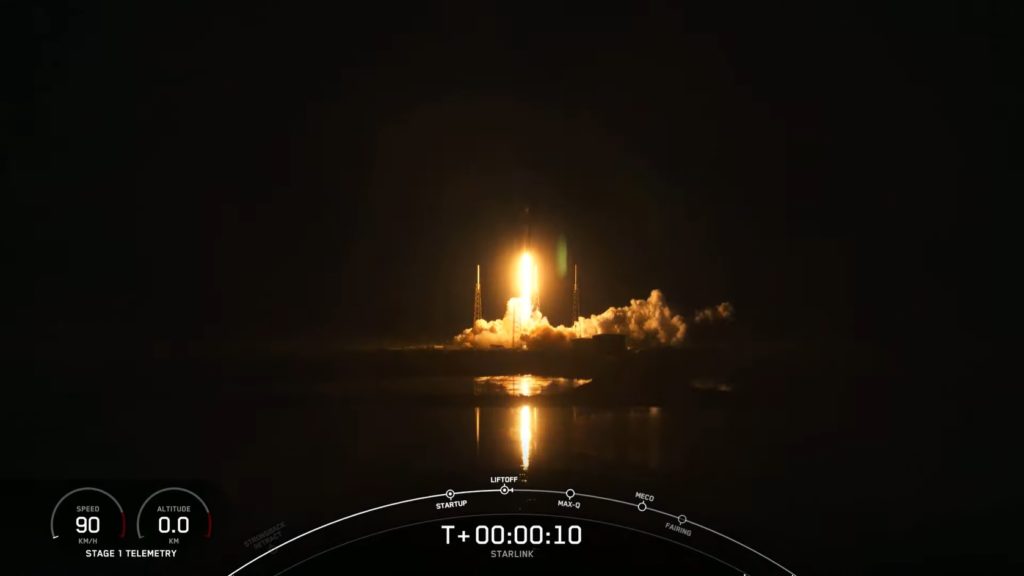 The Falcon 9 rocket lifting-off into the darkness with its Starlink and customer payloads. Courtesy of SpaceX

This was the ninth mission for this first-stage, identified as B1060, which again completed a powered landing on the droneship A Shortfall of Gravitas located downrange in the Atlantic Ocean. This stage first flew with the GPS IIIA-3 mission in June 2020.