A SpaceX Cargo Dragon was launched to the International Space Station (ISS) from Cape Canaveral, Florida, USA, at 0714 GMT on 29 August. The Falcon 9 launch vehicle carried the freighter making up the SpaceX CRS-23 mission into a low Earth orbit, from where it propelled itself to its rendezvous with the ISS. The autonomous docking took place at 1430 GMT the following day, amounting to a 31.5 hour transit time.

This mission was carrying circa 2,200 kg of cargo to the ISS. This is less then a full load due to payloads which were planned to occupy the external storage area being delayed to a later mission. Also carried to the station were several CubeSats for later deployment. Of these some were part of NASA ELaNa programme, while others were organised by launch services provider Nanoracks. 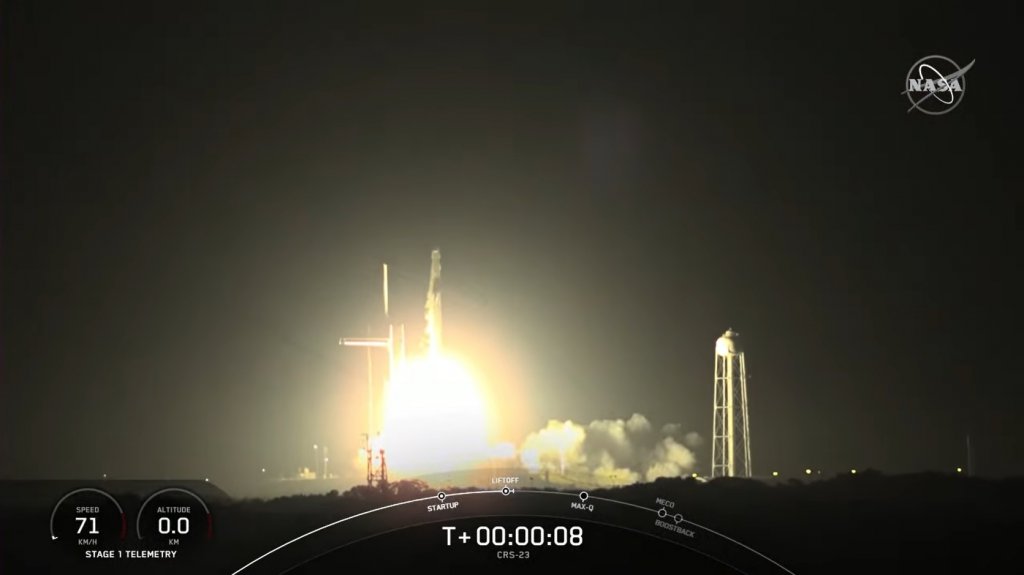 The Falcon 9 rocket lifting-off carrying the Dragon CRS-23 mission to orbit. Courtesy of SpaceX via NASA

The first-stage of the Falcon 9 achieved a successful landing of the new SpaceX drone barge, A Shortfall of Gravitas, 7 minutes 38 seconds after lift-off. This marks the first use of this new barge and the fourth landing for this stage.