SpaceX has announced that it is to take human space travellers around the Moon in 2023. The original plan was to send two passengers on a Falcon 9 Heavy-launched dragon spacecraft, but this was dropped after SpaceX decided to concentrate on the BFR (now more politely known as Big Falcon Rocket) and BFS (Big Falcon Spaceship) instead. However, the Apollo 8-style plan has been revived – this time with the BFR/BFS combination doing the job in a free-return trajectory around the Moon, lasting four to five days. 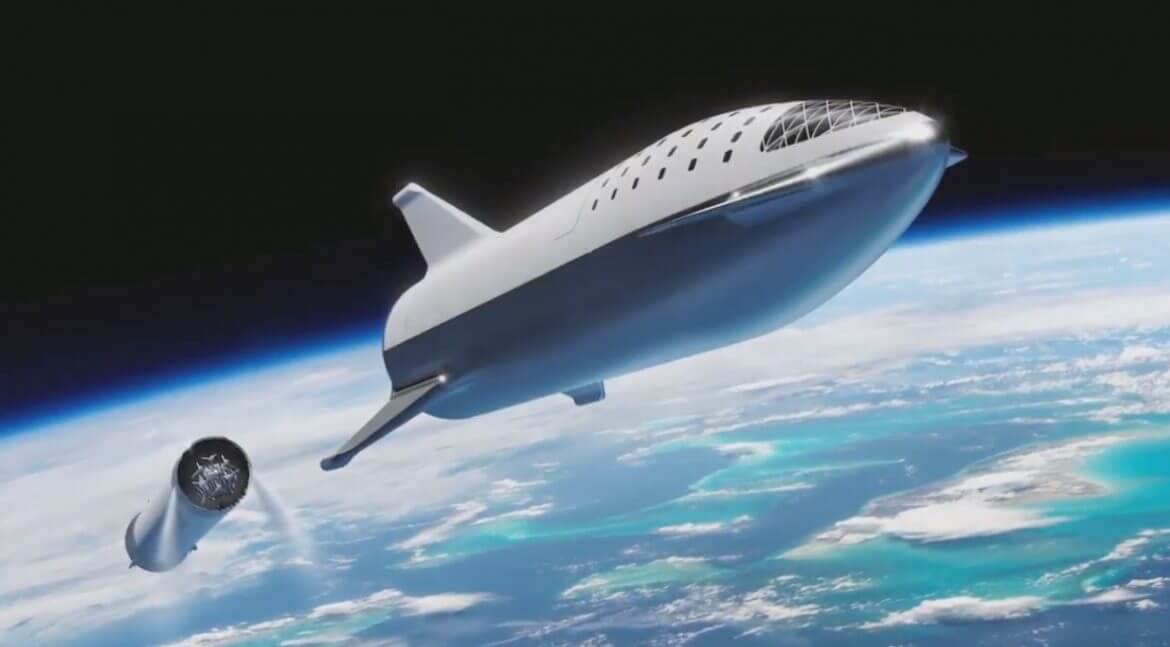 The identity of the paying passenger astronaut (who also signed up to the original Falcon Heavy mission) was revealed to be Japanese entrepreneur Yusuku Maezawa, founder of the Zozo firm, who refused to say how much he had paid. In his “dear Moon” project, he will be accompanied by six to eight artists, photographers, sculptors and architects, of his choosing, who will travel free. The flight will take place in 2023, with some unmanned test flights of the BFR/BFS starting in 2021. SpaceX founder Elon Musk described Maezawa as “brave” for wanting to do the mission, and he remained non-committal about whether he would like to go as well. 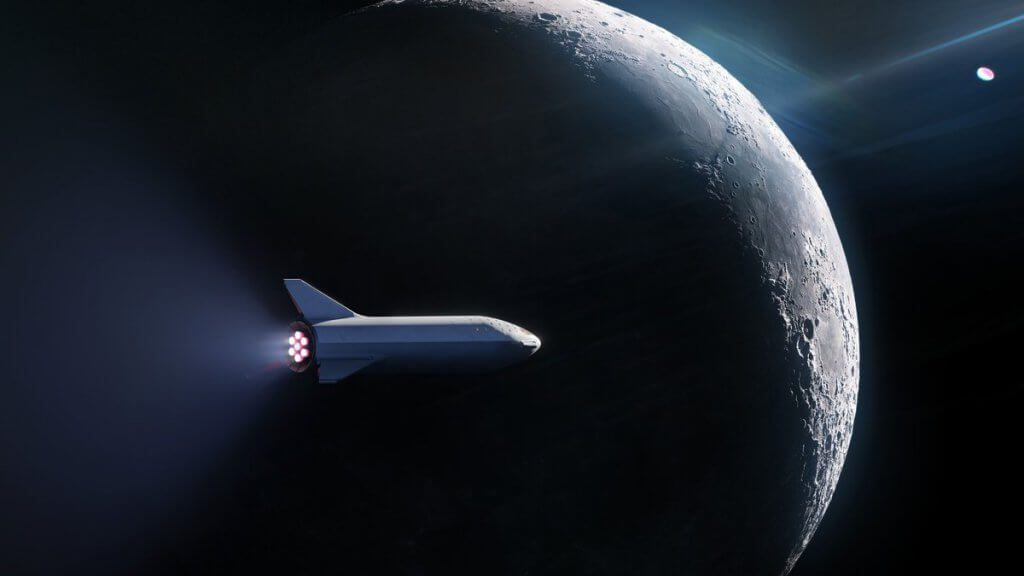 SpaceX has also released images of the revised design of the 31 Raptor engine equipped BFR and seven raptor engine BFS (the upper spacecraft stage of the BFR), which now sports a tail plane fin as well as small rear wings/winglets, making it look more like a Space Shuttle derivative. In fact, it has four aerodynamic winglet surfaces including two foreplanes at the front of the craft. The three main fins/winglets at the back replace the landing legs and do that job as well. The idea is that the upper stage will eventually be able to land on the Moon, Mars and other celestial bodies, as well as back on Earth. Elon Musk admits that the new fin legs are riskier but more “aesthetic” – they were inspired by Hergé’s Tintin rocket design. Only two of the rear fin/winglet legs are movable – the dorsal one is simply a fixed third leg. 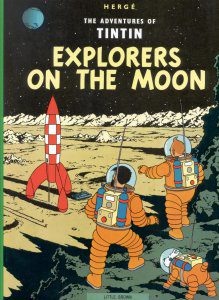 The rocket used for Tintin’s adventure Explorers on the Moon is apparently an inspiration for Elon Musk. Courtesy: Herge

The BFR is now 118m tall and can carry more than 100 metric tons to Low Earth Orbit. Musk also noted that the entire body would be used as a “brake” for Earth return. “It acts more like a skydiver than an aircraft,” he said.

In his presentation, Musk paid tribute to the engine designers of the full flow stage combustion gas-gas Raptor engine, which can achieve a thrust of “200 metric tons” and a specific impulse of 380s with a chamber pressure of 300 bar.

As has been noted by this column, the aerothermodynamic heating experienced during a direct Earth re-entry for such a high lift-to-drag vehicle would be too much for a conventional thermal protection system to bear, given that the atmospheric entry velocity from a lunar mission would be at Mach 30+. Assuming that no propulsive braking will be used, perhaps the idea is to present the “cylinder” of the rocket directly to the hypersonic airflow at a very high angle of attack – in effect making it more like a blunt body. Even then, it would be better to make a series of thermally less stressful aerocapture/aerobraking shallow entries, initially to secure the BFS in Earth orbit and then to lower it for re-entry and landing. There is no news yet about whether the BFS spacecraft’s lifting vector will be used to hold the craft in the entry corridor as Apollo did.

With respect to the overall cost, Musk thinks that the BFR/BFS will cost around US$5 billion. “I don’t think it will be more than ten, but I don’t think it will be less than two.” He said.  If it does come in at US$5 billion, it will be less than a quarter of the official NASA SLS-Orion development costs. While Musk takes care to thank NASA for its support at every opportunity, if he succeeds with the BFR/BFS combination then NASA will have egg on its face. This is because NASA’s SLS HLV will become pointless. At best, it will be a very short-lived interim rocket, and if NASA had wanted one of those, the Shuttle-derivative HLV Sidemount would have been a better choice – and it would have been flying by now.

It is quite interesting that taking artists on this mission gives a chance to the “arts side” to go into space. Previously spaceflight was restricted to test pilots, scientists and engineers – albeit that the late Apollo 12 and Skylab astronaut Alan Bean was inspired to take up space art when he came home.

That said, while the views are known to be spectacular and may inspire the artists, the attractions of lunar spaceflight are simply not there for some. While venerated by his fellow astronauts as one of the best astronaut commanders, US Air Force Colonel Frank Borman, commander of the very risky round-the-Moon Apollo 8 mission in 1968, has recently disclosed that he found the trip all rather a bore, man (excuse the pun). Now aged 90, Borman went on to say that weightlessness was only interesting for about 30 seconds and that even as he looked at the Moon from his spacecraft’s windows he found himself wanting to return home to his family. Rather than actively wanting to be part of lunar exploration as some other astronauts did, Borman noted that his primary motivation for doing the mission was to beat the Russians. This he did. Apollo 8 is accepted as being the US space mission which retook the space race lead from the then Soviet Union.

One final thing. This writer has long thought that it was a shame that Frank Borman did not command a later Apollo landing mission. Now we know that his heart was not really in it. The same cannot be said of his Apollo 8 crewmate, fellow astronaut great Jim Lovell, who really wanted to land on the Moon as he later commanded the unsuccessful Apollo 13. It was, of course, Lovell’s professionalism that managed to get that failed mission and his crewmates safely back to Earth. We can only hope that if SpaceX ever begins landings on the Moon, it might find a berth for Lovell while he still lives. His past record shows that even in his 90s he could be a good man to have on any space mission.