Lifting off from Cape Canaveral, Florida, at 0359 GMT on 16 February, a SpaceX Falcon 9 rocket carried the second Starlink launch of the month into LEO.  The 60 Starlink satellites were deployed one hour five minutes into the launch into the correct orbit. However, it later transpired that one engine was shut down during the first stage initial burn with the other eight first stage engines making up for this loss of thrust.  While this did not affect the launch portion it did later affect the landing attempt of the reusable first stage which did not have enough thrust to attempt the landing portion of the flight.

As testament to SpaceX’s achievements in the field, the regularity of the once revolutionary landings of reusable Falcon 9 first-stages have made them verge on being mundane. However, on this flight as the result of the earlier shutdown, the first stage suffered an unexpected downrange landing attempt failure.

Landing approach footage provided by cameras on the first stage showed continued fire/plasma from the engine(s) after the re-entry burn engine shutdown was officially declared. This was followed at T+ eight minutes six seconds by a bright sea level flash being viewed from cameras located on the drone barge Of Course I Still Love You, implying an explosive impact of the stage in the Atlantic Ocean. The failure – the first after a series of 24 landing successes – inadvertently saved three seagulls from being cooked by the landing engine’s efflux as they were perched on the landing deck at the time. 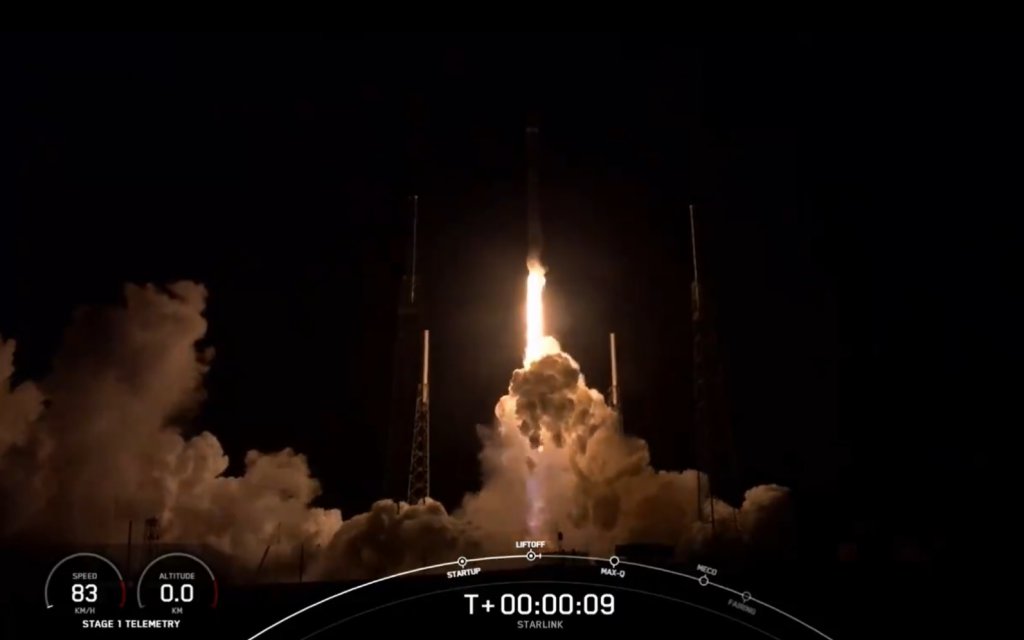 The Falcon 9 rocket lifts-off from Cape Canaveral in the dark for the sixth and final time. Courtesy of SpaceX

This was the sixth launch and landing attempt of this first-stage B1059. It was previously used on the NRO-L108 mission in December 2020. The loss of this first-stage is expected to have a limited effect on the SpaceX future launch schedule. The company has been running an aggressive Starlink schedule in February, but relies on its store of reusable first-stages to enable its famous high launch rate.