It was a busy weekend for SpaceX which launched two Falcon 9 rockets in less than 24 hours between 13 and 14 May.

A Falcon 9 (Falcon 9v1.2FT Block 5) from Vandenberg, USA was launched at 2207 GMT on 13 May 2022. The vehicle carried 53 Starlinks (Group 4-13) into orbit. The B1063 first stage, which previously launched Sentinel-6 Michael Freilich, DART, and two Starlink missions, successfully returned to the drone barge, named “Of Course I Still Love You”, which was stationed downrange.

The following day SpaceX launched another Falcon 9v1.2FT Block 5, this time from Cape Canaveral Space Force Station in Florida, USA, at 2040 GMT on 14 May. This second rocket similarly carried a payload of 53 Starlink units (Group 4-15). Around eight and a half minutes after lift off, the rocket’s first stage successfully landed on the drone barge, called “Just Read the Instructions”, which was stationed downrange. 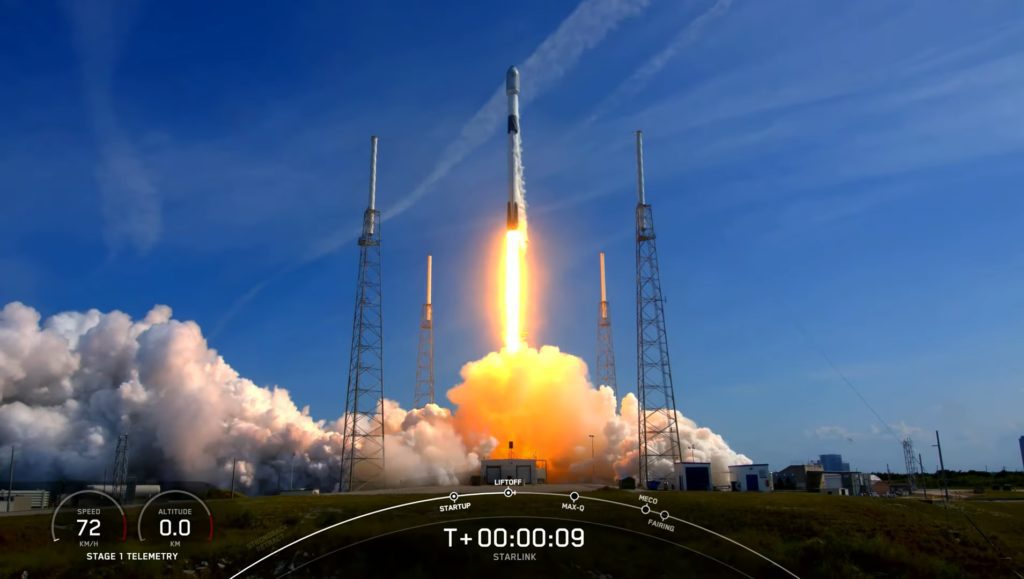 On 14 May 2022 SpaceX conducted its second launch in the space of a day, this time from from Cape Canaveral Space Force Station, USA. Courtesy: SpaceX

Jonathan Freeman contributed to this article.