The Royal Navy has been rocked by scandals involving sex and drugs within its elite Submarine Service. First came the revelation that Commander Stuart Armstrong, captain of HMS Vigilant, which carries Trident nuclear missiles, had been relieved of his command for having an alleged sexual affair on board with a junior female officer. Then it was revealed that nine of the Vanguard-class submarine’s sailors had been dishonourably discharged after failing drugs tests. It was reported that levels of cocaine had been found in their bodies.

As the recent disappearance and probable destruction of the Argentinian submarine, ARA San Juan, has shown, operating submarines – even in peacetime – remains a risky business. As such, a submarine crew has to be alert (and by inference drug free), with their minds on the mission (and not on imminent sex), at all times. 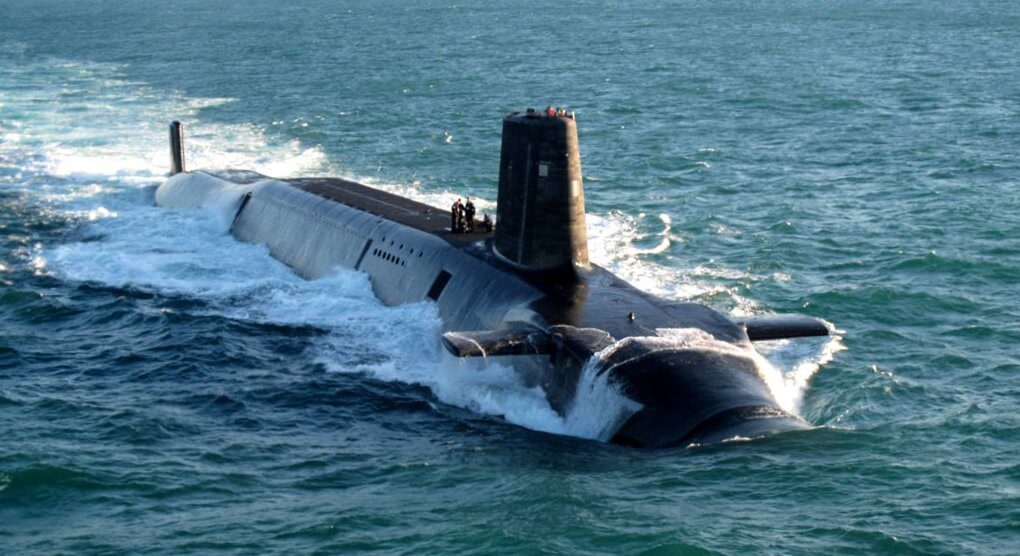 The above revelations were especially embarrassing to both the Royal Navy and the UK Ministry of Defence, not least because they involved the UK’s nuclear deterrent. However, even before these revelations, the Royal Navy’s Submarine Service was under pressure, partly due to embarrassment over initial technical faults in its new Astute class of nuclear hunter-killer submarines, and partly over recent navigation accidents involving groundings and collisions.

Nevertheless, there was worse to come – this time involving the Ministry of Defence itself. UK Defence Secretary Sir Michael Fallon resigned from his post after it was revealed that he could not guarantee that he had not taken part in sexual harassment in his earlier career.

It had earlier been reported that Sir Michael, a previously well-regarded minister who had even gained the soubriquet “a safe pair of hands”, had touched the knee of a journalist (Julia Hartley-Brewer) during a dinner party. Having been admonished by her for doing so, he apologised and was duly forgiven by her at the time. Nevertheless, he said in his resignation letter that his conduct had “fallen short” of that expected in the UK military.

Sir Michael’s departure was the indirect result of an international campaign against sexual harassment – especially that perpetrated by senior individuals within organisations. This was in the wake of much more serious revelations of sexual bullying, blackmail and even rape, allegedly involving Hollywood film producer Harvey Weinstein and other movie moguls.

The “MeToo” campaign has been lauded by many as giving voice to many (mainly female) victims, some of whom had suffered the misery of years of sexual harassment, and even serious sexual assaults, at work. Nevertheless, others have criticised the campaign for prejudging the accused and not giving them a fair hearing, for retrofitting modern-day morality onto past behaviour and for lacking a sense of proportion in not differentiating between very serious sexual misconduct and much less serious, even trivial, incidents of inappropriate behaviour.

With respect to the latter, there was initially genuine surprise and sympathy for Sir Michael Fallon after he resigned for what appeared to be a relatively minor one-off incident – and one for which his apology had been accepted by the other party concerned.

That was until a female fellow government minister, Andrea Leadsom, noted that she had previously reported Sir Michael for making made lewd and suggestive remarks to her (comments which he has vehemently denied making). However, since then, another female journalist has come forward to report that Sir Michael once made a pass at her (tried to kiss her) in 2003. This left many wondering if he had any other “skeletons in the cupboard”.

The former Conservative Party Chief Whip, Gavin Williamson, has now replaced Sir Michael as Defence Secretary, although his appointment by Prime Minister Theresa May has since drawn criticism, mainly over his inexperience.

Comment by David Todd:  We all make mistakes. Likewise, we have all probably done a few things we are either embarrassed about, or even ashamed of, in our lives (your correspondent included). As we hope for forgiveness, we should forgive those who have erred in the same way. As such, while Sir Michael Fallon might have caused a measure of upset and discomfort to others, he should probably be forgiven for his relatively minor misdeeds (assuming that there are no others).

As we also try to avoid hypocrisy – let he (or she) who is without sin cast the first stone – Sir Michael probably realised that this was actually why he had to go. That is, he could hardly admonish the misconduct of elements within the British Armed Forces (e.g. the Royal Navy Submarine Service) if he was guilty of similar infringements himself – however minor – especially given that these could not be excused as the errors of youth.

However, Sir Michael was also partially right to imply in his somewhat mournful valedictory letter that after a sea-change in public opinion, new standards of behaviour are now expected in modern society, and that is what caught him out.

So no more behaving like the amusingly lecherous Sid James in the old 1960s Carry-On films, my lad (or my ladette), or you will be in trouble.

And in this modern caring, but also puritanical, age, take especial care at the end-of-year office party – that work-leisure blur of dressed-up and drink-laden debauchery, which can lead to tearful recriminations (and disciplinary procedures) the following day.

Try instead to stick to that biblical golden rule: do unto others as you would like to be done by yourself.

Likewise, the prayer, “lead us not into temptation, and deliver us from evil,” might also be a wise one to make…especially if this year’s office Christmas party is on a Royal Navy submarine.

Post Script:  A word of sympathy here for the much loved nonagenarian actress Dame Angela Lansbury who was lashed by critics for making the entirely logical point in a recent Radio Times interview that making yourself more sexually attractive makes you more likely to be sexually harassed. By the way, Dame Angela specifically said that this did not make sexual harassment right and underlined this again after the interview.

Meantime, “Sleeping Beauty”  in the famous fairy tale looks set to sleep on after it was pointed out that the Prince’s awakening kiss is technically “non consensual” and that thus it, and the story itself, should be banned – especially in primary and junior schools.

And finally, and this could be one for the Christmas party season, the Police Service of Northern Ireland has warned that non-consensual kissing under the mistletoe could be classed as “rape”.

All these are signs that the admittedly well meaning anti-harassment campaign is starting to become humourlessly extreme and thus open to ridicule.

Further post script on 18 December 2017: Meantime…Harvey Weinstein and his Miramax film production company are now alleged to have scuppered the careers of actresses who have refused him. New evidence implies that actresses Ashley Judd and Mira Sorvino might have been affected in this way. It is one thing for a person to ask another for for a date (or even a romantic/sexual assignation) for this invitation to be either accepted or a politely refused by return (this is the way that the courtship/mating game basically works). It is, however, quite another thing to exact revenge on a refuser – effectively ruining their career and life chances – or even forcing a consent by this implied threat. Those who are guilty of this deserve severe punishment.