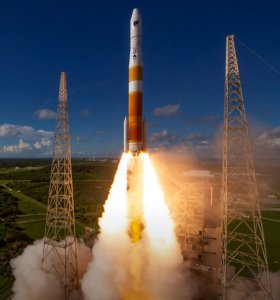 The Delta IV Medium+ (4,2) configuration vehicle included a 4-meter Payload Fairing and two Northrop Grumman solid rocket motors. The common booster core for Delta IV was powered by the RS-68A engine, and the Delta Cryogenic Second Stage was powered by the RL10B-2 engine, both supplied by Aerojet Rocketdyne.
In the increasingly competitive market even in military launches has meant that it was uneconomic for the Delta IV rocket to continue. Its Delta IV Heavy derivative sibling will, however, carry on in operation.
The Delta IV and its marginally more competitive Atlas V stablemate are being retired in favour of their more economic partially reusable Vulcan Centaur rocket replacement. 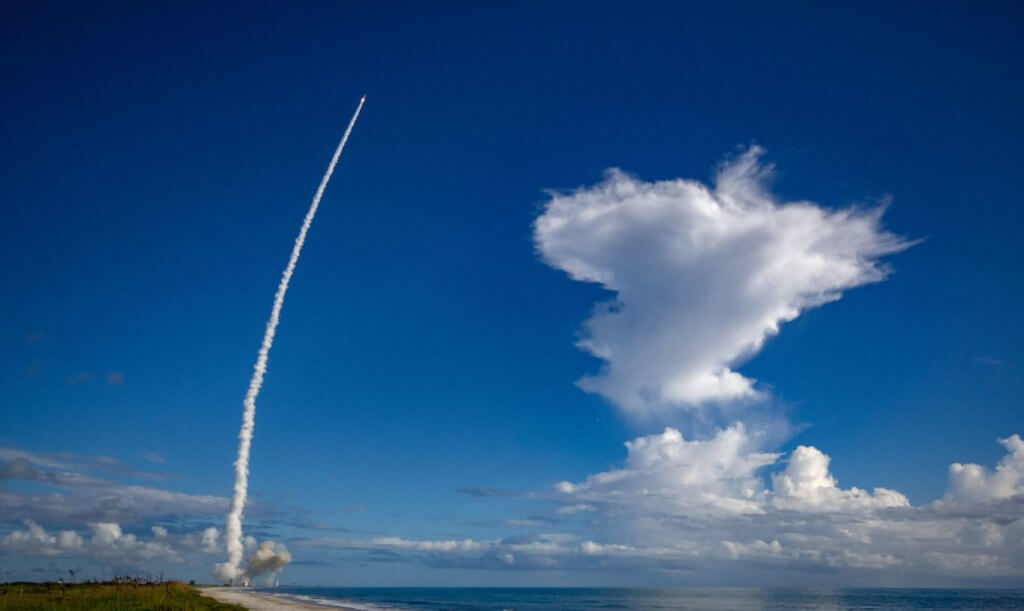 The Delta IV Medium+ 4,2 fires itself and its GPS IIIA-2 payload across the Atlantic on its way to orbit. Courtesy: ULA