Space News reports that Swedish start-up satellite operator Ovzon has made a launch booking on the SpaceX Falcon Heavy for an unnamed and yet-to-be-ordered communications satellite set for geostationary orbit. The launch will take place in Q4 2020 at the earliest. The firm has apparently leased a satellite for US$1.6 million from Eutelsat to “hold its slot” in the geostationary arc while the satellite is being manufactured.

Comment by David Todd: With its high launch rate (cadence) SpaceX is quickly going though its backlog so any new order will be gratefully received. 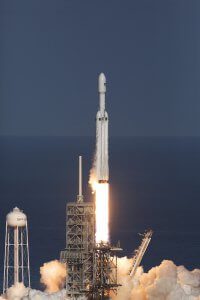 A busy May for Musk: mulling over buying Twitter, fighting a sexual impropriety allegation and as SpaceX sells stock