At 1730 GMT on 13 December 2020, a SpaceX Falcon 9v1.2 Block 5 rocket launched the digital broadcasting satellite SXM-7 (Sirius XM-7) for Sirius XM from the Cape Canaveral launch site in Florida, USA. The reusable first stage B1051 on its seventh flight was landed down range on the drone barge Just Read The Instructions.  The communications satellite, using a version of Maxar SSL’s LS-1300 design, was launched into a transfer orbit with the apogee short of the usual Geosynchonronous Transfer Orbit.  The circa 7,000 kg SXM-7 will thus use its on board propellant to make up the difference and circularise it into a full Geostationary Earth Orbit (GEO) from where it will begin operations in broadcasting commercial radio in S-band.

Update on 15 December 2020: It has become apparent that there was a slight undershoot on the transfer orbit apogee. SXM 7 and the Falcon 9 second stage were placed into 19,380 x 234 km at 27 degrees inclination – a planned sub-synchronous transfer orbit from where satellite would raise itself. However, the apogee is about 800 km lower than what was believed to have been targeted.

Jonathan McDowell contributed to this report. 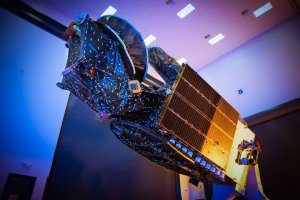 SSL gets order for two satellites from Sirius XM

SSL (Space Systems Loral) has been awarded a contract to build two communications satellites by the Sirius XM, a satellite Read more