Following a brief one-day delay a Soyuz 2-1B (with Fregat upper-stage) rocket lifted-off from Vostochny Cosmodrome, Russia, at 1738 GMT, on 28 May. The mission was the third of the year servicing the OneWeb constellation, and carried 36 of its satellites to LEO. The satellites were carried to an 450 km, 87.4 degree, circular orbit by the Fregat from which they were released over the course of nine separations. They will now have to propel themselves to their circa 1,200 km operational orbit.

These satellites take OneWeb over the 200 in-orbit units mark, and mean that it is now only one launch away from completing its “Five to 50” milestone. This is an intermediate goal which will allow OneWeb to provide a commercial service above 50 degrees latitude. Commencement of this service is planned for late this year.

The Soyuz 2-1B rocket preparing to lift-off from the cosmodrome. Courtesy of Roscosmos via YouTube

The mission was originally planned to launch on 27 May however, during pre-launch checks the automated systems at the cosmodrome detected a fault. This mandated the replacement of a single electrical component on the Soyuz ahead of another launch attempt the following day. 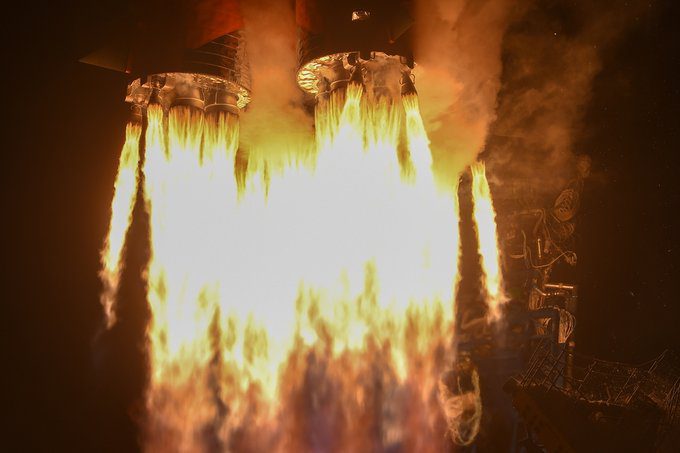