SpaceX successfully launched a Falcon 9v1.2FT Block 5 from Kennedy Space Center, Florida, on the East coast of the US, at 1600 GMT on 5 October. The vehicle was bearing Crew Dragon which carried the Crew 5 human astronaut mission. It was the fifth operational crewed rotation of a Crew Dragon to the International Space Station (ISS) on behalf of NASA and the second flight for the Crew Dragon capsule Dragon C210 (Endurance). A successful injection and separation were achieved.

The crew of four included a Russian female cosmonaut, Anna Kikina, being flown as part of an “exchange” deal on launch rides with the Russian space agency/conglomerate Roscosmos. She was originally supposed to fly to the ISS aboard Soyuz MS-22. The other space travellers were Commander Nichole Mann, the first space traveller of Native American descent, Pilot and NASA astronaut Josh Cassada, and JAXA astronaut Koichi Wakata. 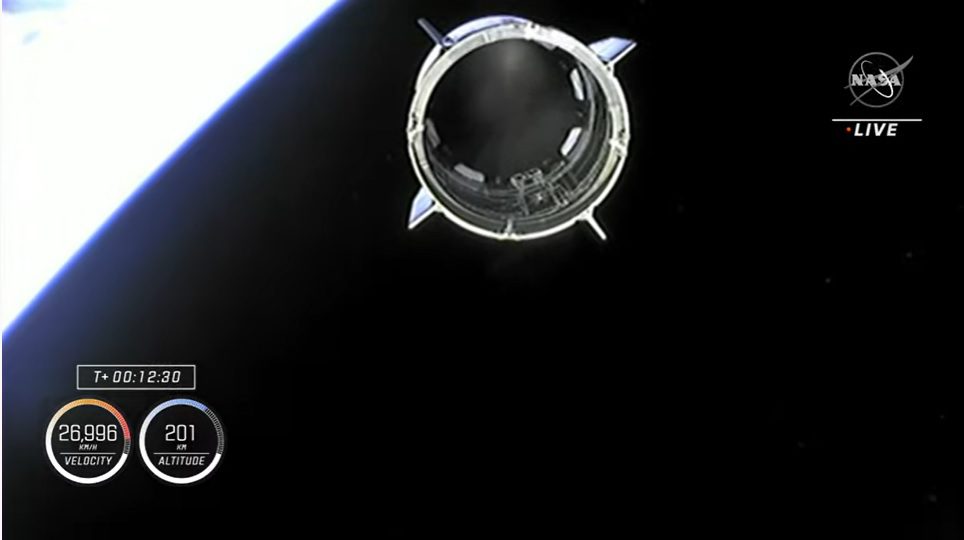 Update on 7 October 2022: Docking with the ISS Harmony module occurred a day after the launch. On 6 October at around 2101 GMT, an initial soft docking was achieved which was then fully locked into a hard docking.

The reusable B1077 first stage, on its first flight, successfully landed on the drone barge “Just Read the Instructions”, which was stationed downrange in the Atlantic Ocean.

On the same day (5 October), on the US West coast, SpaceX successfully launched a Falcon 9v1.2FT Block 5 from Vandenberg, California, at 2310 GMT. The vehicle was carrying 52 Starlink satellites (Group 4-29) into SpaceX’s internet communications satellite constellation. The reusable B1071 first stage, on its fifth flight, successfully landed on the drone barge “Of Course I Still Love You”, which was stationed downrange in the Pacific Ocean.

Update on 26 October 2022:  The previous crew, Crew 4 astronauts Kjell Lindgren, Robert Hines and Jessica Watkins, and ESA astronaut Samantha Cristoforetti, undocked from the ISS in their Crew Dragon craft at 1605 GMT on 14 October 2022 and splashed down off the coast of Jacksonville, Florida, at 2055 GMT on the same day.