The UK government’s Defence Equipment and Support arm has signed a GB£22 million (US$28.8 million) contract on behalf of UK Space Command with the Airbus DS-owned small satellite manufacturer Surrey Satellite Technology Ltd (SSTL) for the construction of a satellite dubbed Project TYCHE. Built as a follow-on to the previous Carbonite series, and using a platform dubbed Carbonite+, the 150 kg TYCHE spacecraft will test technology to be used by the MINERVA programme which is aimed at creating an eventual UK Space-based Intelligence Surveillance and Recognisance (ISR) constellation under Project ISTARI. Under the contract, the TYCHE satellite will be built over three years and, after its launch, operated by SSTL from its control centre in Guildford, Surrey. 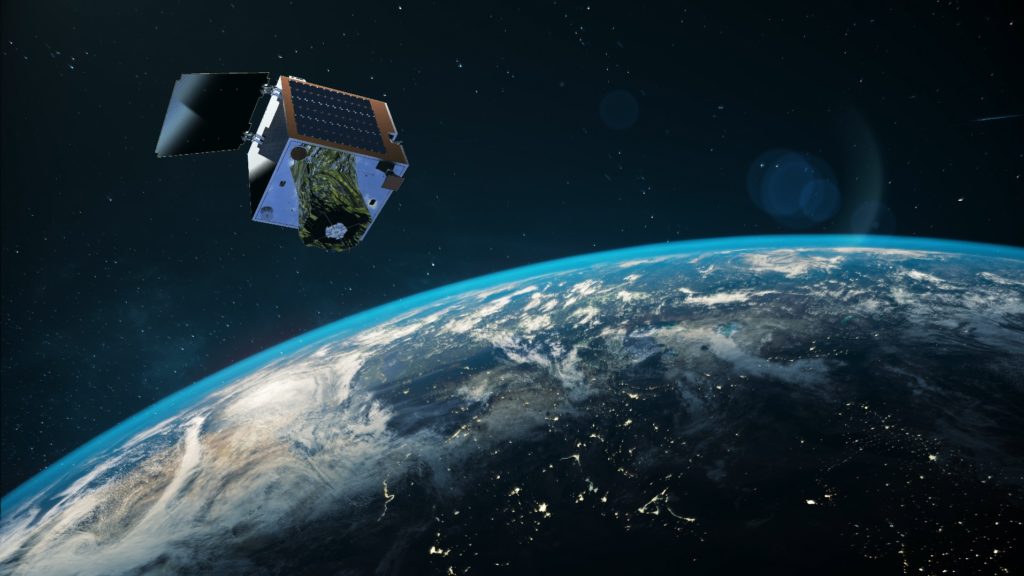 Artist impression of the TYCHE satellite in orbit. Courtesy: SSTL