Orbital Micro Systems (OMS) is planning to launch a 48-satellite weather observation constellation based in a 450-550 km low Earth orbit. It is designed to give a near real-time observations of weather and will be attractive to shipping companies and airlines. With offices in Colorado and in Harwell, Oxfordshire, the firm, which has already tested radiometry hardware in orbit (MiniRad on IOD-GEMS), is raising funds for at least 12 satellites in its 6U Cubesat constellation. These will provide an initial operational capability offering a minimum viable product (MVP). The satellites will use a variety of orbital inclinations up to polar, with most lying in the one that best serves the main population areas in terms of revisit times. Once the full 48-spacecraft constellation is in place, OMS hopes to achieve a 15-minute refresh capability for data. 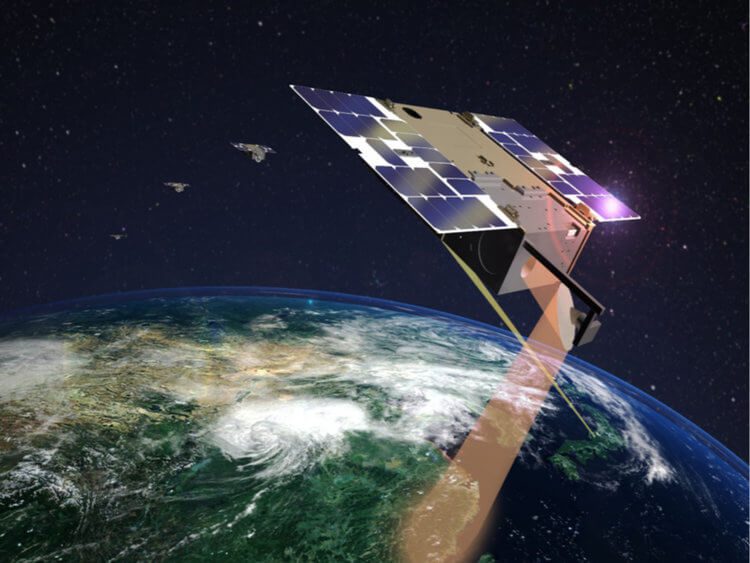 William Hosack, CEO of Orbital Micro Systems, said his firm was competing with several other start-ups. Some that had failed to deliver previously had messed up the chances of better outfits including his own. “Our problem is that other entrants did not deliver what they originally promised.” Still, given that the firm only needs an initial investment of less than US$20 million, this should be one to watch.

OMS is yet to select is main manufacturer from three candidates. Not unexpectedly, Hosack said: “We are trying to get the best deal.”

Based in Farnborough, TISICS manufactures structural tubes and tank structures. While it has been involved in space before, including structural research for Reaction Engines Limited (this writer is a small shareholder in REL) and tank design for SSTL, the company is now looking for other space outlets for its light and strong product line, which employs ceramic fibre reinforced titanium or aluminium alloys.

TISICS claims this allows mass savings of up to 40 per cent compared with conventional structures. Optimised for shape, the weight saving can be up to 70 per cent. It has received interest from several start-up launch vehicle firms and is now looking for investment to expand its operation.