On 24 May the UKSA (UK Space Agency) awarded GBP£32 million (US$45 million) to a consortium led by LEO constellation operator OneWeb. This group of UK space industry companies has been tasked with developing a satellite – known as “Joey-Sat” – to demonstrate new “beam-hopping” technology. Another aim of the project is to continue the development of “Responsible Space” thinking, to this end consortium member Astroscale will contribute debris removal technologies. 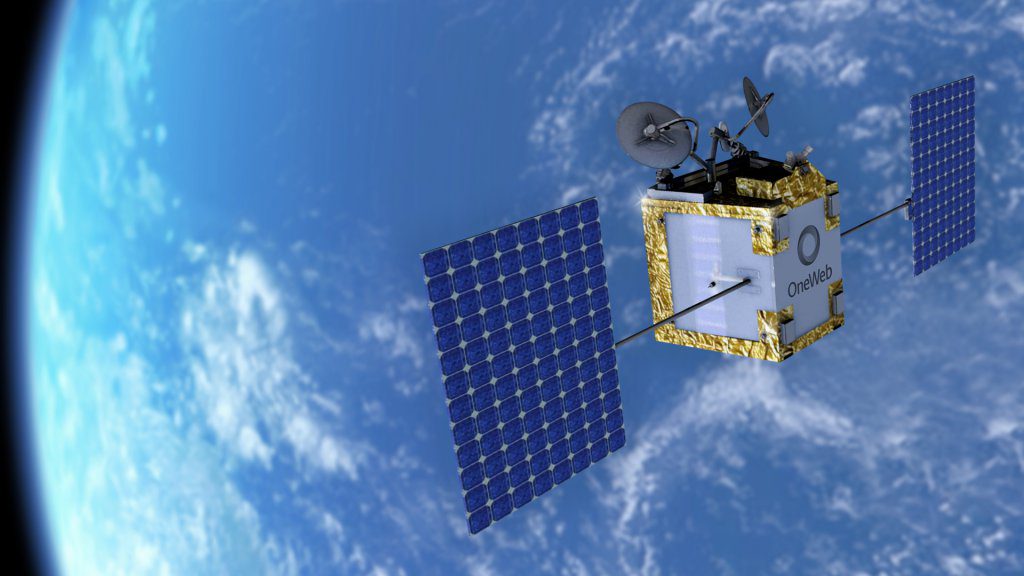 Artist’s impression of an in-orbit OneWeb satellite. Courtesy of OneWeb

The satellite is targeted for launch in 2022 to allow for analysis of the “beam-hopping” technology ahead of possible inclusion in the planned OneWeb second-generation constellation. With “beam-hopping” it is hoped to enable remote re-tasking of in-orbit satellites, moving their coverage to areas of high-demand.

Members of the consortium are: OneWeb; SatixFy Space Systems, who will be responsible for developing the “beam-hopping” payload; Celestia UK, tasked with developing multibeam, electronically steered antenna equipped, smart ground-stations; and Astroscale UK, which will deliver evolved debris removal technologies for demonstration on the satellite.