The UK Space Agency announced on 9 June that it had appointed Dr Paul Bate as its new CEO. He will take over from the current CEO, Dr Graham Turnock, from 6 September. 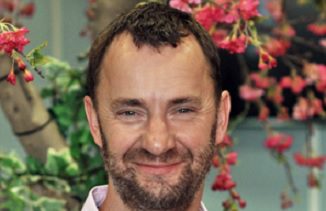 Bate has a PhD in particle physics, but little evident experience with space. As a civil servant, he was the policy adviser for health and adult care for the Prime Minister and Deputy PM from 2011–2013 and Executive Director of Strategy and Intelligence at the Care Quality Commission. He is currently VP-Commercial at Babylon Health, which works with healthcare organisations in the NHS and around the world.

Science Minister Amanda Solloway drew attention to the appointee’s “impressive track record of working with private and public sector providers to deliver growth and value for money”, adding that his skills were exactly what were required “to ensure that the benefits of our drive to cement the UK as a world-leading space nation reach all our communities”.

Indeed, Bate joins the UKSA at an important time for the organisation and the UK space industry, as the nation seeks to boost its share of the global space market. Bate described the sector as “vital for critical infrastructure, defence and economic growth, and [it] ignites the imagination and wonder of millions across the country and the world”. He expressed his delight at being appointed to “lead the team at this unique time of technological progress and government ambition in reaching out beyond the Earth”.