The Boeing/Lockheed Martin-owned launch provider, the United Launch Alliance (ULA), which mainly specialises in US military launches, successfully launched the first Atlas 511 vehicle from Cape Canaveral Space Force Station, Florida, USA, at 1900 GMT on 21 January. The launch vehicle, an ATLAS V 511 (RL10C-1)/GEM-63, which was in a “lopsided” 511 configuration involving just a single GEM-63 strap-on solid rocket booster, was carrying the Northrop Grumman-built GSSAP 5 and GSSAP 6 satellites for the United States Space Force (USSF) to provide space situational awareness in a Geostationary orbit. The flight was given the codename USSF-8.

The launch was the first and probably the only Atlas V 511 flight. Despite the rocket’s naturally “asymmetric thrust”  – which is partly corrected by canting the nozzle and by using the thrust vector control using the main first stage’s RD-180 engine’s gimballing, the rocket flew straight upwards as expected before following its planned gravity turn trajectory.

GSSAP, which stands for Geosynchronous Space Situational Awareness Program, provides satellites which are designed to track other satellites in the geostationary arc imaging and even manoeuvre close to therm taking measurements of spacecraft residing there.  This is the third pair of GSSAP satellites launched after sets were launched in 2014 and 2016 respectively. 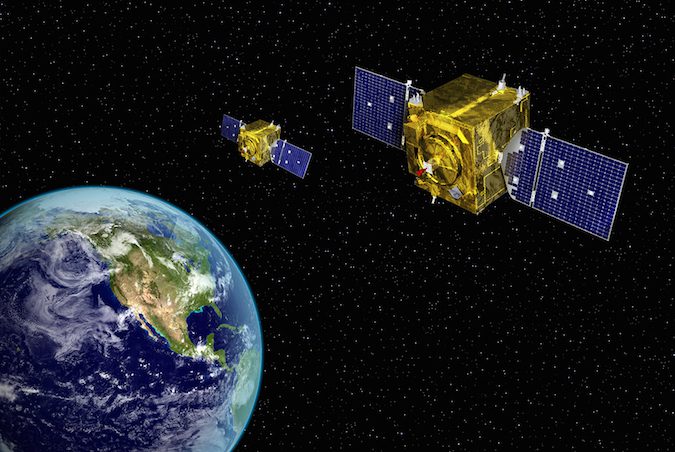