Having been berthed to the International Space Station (ISS) Harmony module for just over a month following its Falcon 9 launch and arrival, the SpaceX Dragon CRS-15 freighter, on the last part of its cargo mission for NASA, was unberthed on 3 August using the ISS robot arm, Canadarm 2. This then released the Dragon craft at 1638 GMT on the same day. After moving away from the space station, the Dragon CRS-15 craft used its Draco thrusters to make a deorbit burn to allow an on time re-entry. The craft then proceeded to make a parachute slowed splashdown off the coast of Baja, California at 2217 GMT. Aboard was more than 1,700 kg of cargo which was retrieved when the capsule was recovered from the Sea. 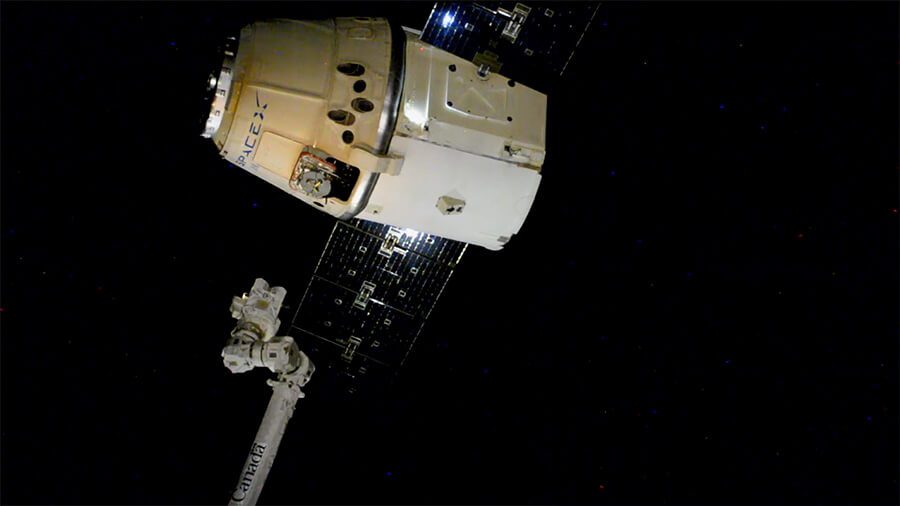