An upgraded version of Japan’s Epsilon launch vehicle launched seven small satellites for various organisations. The launch took place from the Uchinora space centre in Kagoshima at 0050 GMT on 18 January 2018.  The satellites launched were:

RAPIS-1: a 200kg technology test satellite for Axelspace; RISESAT – a 59kg technology test, Earth observation and space weather satellite for the University of Tokyo;  the 50kg MicroDragon is for Vietnam’s National Space Centre in conjunction with Keio University, and carries an ocean coloor camera and technology experiments to observe the coastal areas of Vietnam to monitor water quality and food resources; the 3U Cubesat class Origamisat is to demonstrate an advanced 1m membrane sail; Nexus is a 1U cubesat with an amateur radio payload; AOBA-VELOX IV is a cubesat for Kyushu Inst of Technology and Singapore’s Nanyang Tech University to observer the Lunar horizon glow using a low light camera and to test a pulsed plasma thruster.  Finally ALESAT is to provide an artificial meteor show over Hiroshima. 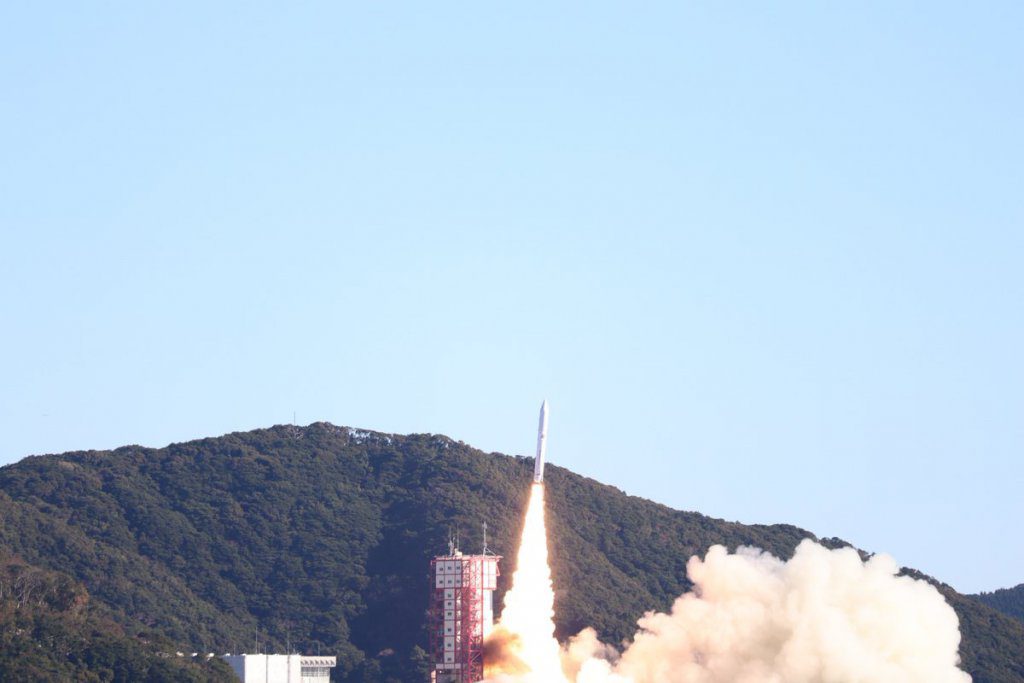