An uprated version (using higher propellant loadings and a higher thrust) of the Indian Space Research Organisation’s (ISRO) GSLV Mk II rocket using the indigenously produced cryogenic upper stage was successfully launched from Sriharikota in India.   The rocket rose from the Satish Dhawan Space Centre located there at 1040 GMT on 19 December 2018.  On board was the 2,250kg GSAT-7A military communications satellite which was also built by ISRO.  The spacecraft is designed to operate from a zero inclination 36,000km circular Geostationary Earth Orbit (GEO) and was initially released into a 39,000 x 171km, 19.37 degree inclined super-synchronous transfer orbit to do so (super-synchronous orbits have higher apogees than GEO which makes inclination removal by the satellite’s own propulsion system more fuel efficient). 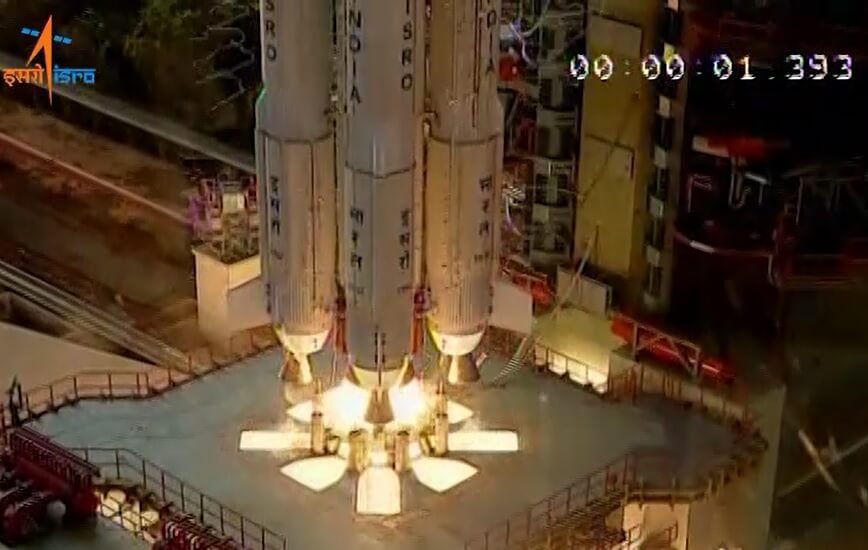 The GSLV Mk II CUSP Uprated lifts off from its pad on flight F11. Courtesy: ISRO

Officially GSAT-7A only has a life of eight years, but is expected to operate for longer. GSAT-7A will be used by the Indian Air Force to interlink different ground radar stations, air bases and AWACS aircraft. It will also to increase the Indian Air Force’s network centric warfare capabilities.  The Indian Army will have access to a small amount of the satellite capacity.