NASA’s experienced spacewalkers, Expedition 55 astronaut Flight Engineers Drew Feustel and Ricky Arnold,  have completed  fifth spacewalk of this year on 16 May 2018. This Extra Vehicular Activity (EVA) involved the two astronauts movING a new Pump Flow Control Subassembly (PFCS) dubbed “Frosty” from a spare parts platform on the station’s truss to the Dextre robotic arm ready to replace a older one (the old PFCS unit – dubbed “Leaky”) –  which was moved to the temporary stowage attachment. The PFCS drives and controls the flow of ammonia through the exterior portions of the station’s cooling system. The team then removed and replaced a camera group and a degraded Space to Ground Transmitter Receiver Controller, and was also able to complete several get-ahead tasks.  After the spacewalk, which lasted  6 hours 31 minutes, the hatch was closed at 1808 GMT with repressurisation starting at 1810 GMT (times from Jonathan McDowell). 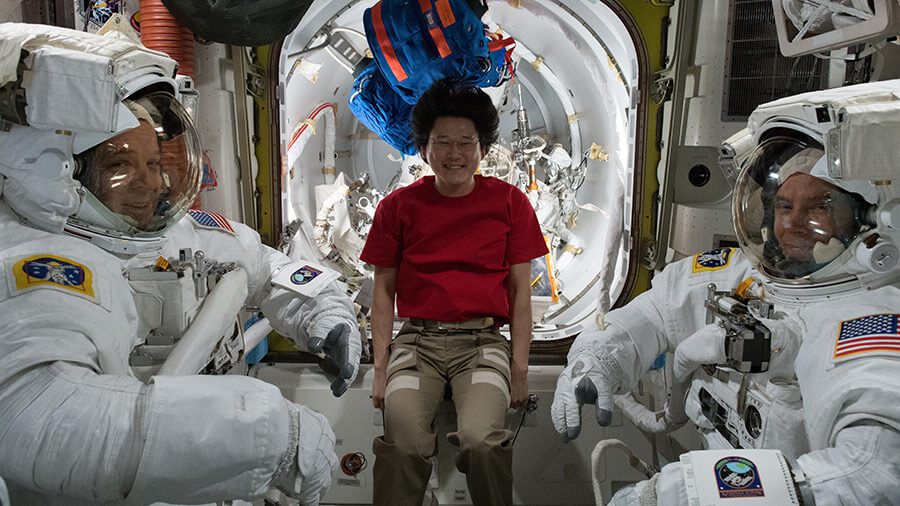 Astronauts Ricky Arnold and Drew Feustel suit up ahead of their spacewalk Courtesy: NASA