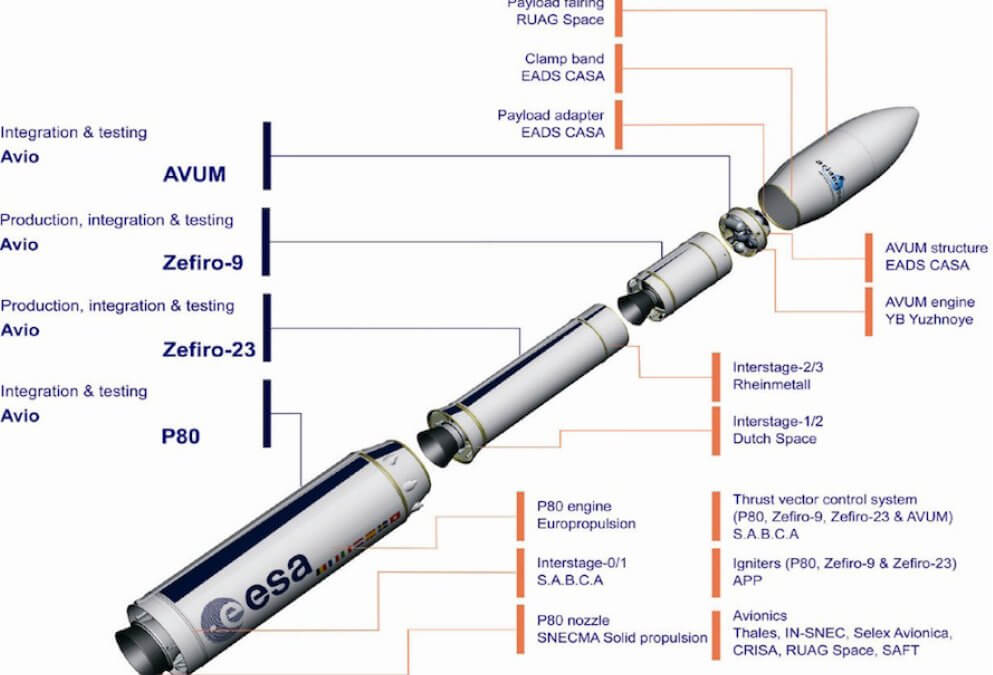 An investigation has revealed the cause of the Vega launch failure on flight VV15, which lost the Falcon Eye 1 satellite causing an insurance loss of circa US$416 million. The sudden “violent” anomaly occurred after what appeared to be a successful launch from the Kourou Space Centre, at 0153 GMT on 11 July 2019. At T+130s, after separation of the first stage and ignition of the Zefiro 23 second stage which burned for 14 seconds, the failure caused the remaining rocket to break into two parts – the Zefiro 23 second stage and the third stage with attached AVUM upper stage.

The Avio-built rocket, operated by Arianespace, was detected as having an anomalous trajectory at T+135s. The rocket parts and Falcon Eye 1 Earth Observation satellite for the UAE Defence Forces did not achieve orbit and fell into the Atlantic Ocean. A neutralising range-safety destruction command was sent to the remains at 213s into the flight. At 314s telemetry data and signals ceased.

An investigating commission found that the cause was a thermal-structural failure of the forward dome area of the Zefiro-23 solid rocket stage. While the exact failure mechanism has not been determined, it is suspected that a manufacturing error was behind the fault. Checks and corrective actions are being implemented to allow flights of the Vega rocket to resume in early 2020.