Virgin Galactic’s SpaceShipTwo Unity rocket plane was air-dropped on a suborbital test flight from its mother ship WhiteKnightTwo Eve (which lifted off from Spaceport America at 1524 GMT) from an altitude of 13km at 1615 GMT on 12 December. An attempted ignition was made about two seconds after this. However, the flow of oxidiser was cut and the hybrid rocket shut down after just one second of burn. The spaceplane was able to glide back to the Spaceport America runway with the crew (Sturckow and Mackay) safely landing at 1628 GMT.

Update on 26 February 2021: The failure was reportedly caused by electromagnetic interference (EMI) from a flight computer that caused a reboot just as the vehicle ignited its hybrid rocket engine. This triggered a shutdown which cut the flow of oxidiser to the engine.

Comment by David Todd: This is another setback for Virgin Galactic’s space tourism project and especially its SpaceShipTwo craft, which has yet to breach the “space” Von Karman limit of 100 km altitude. We class this launch attempt as a “failure” rather than an abort as ignition occurred in an air dropped condition. We suspect that a full investigation will be needed before flights resume, delaying further an already much delayed operation. 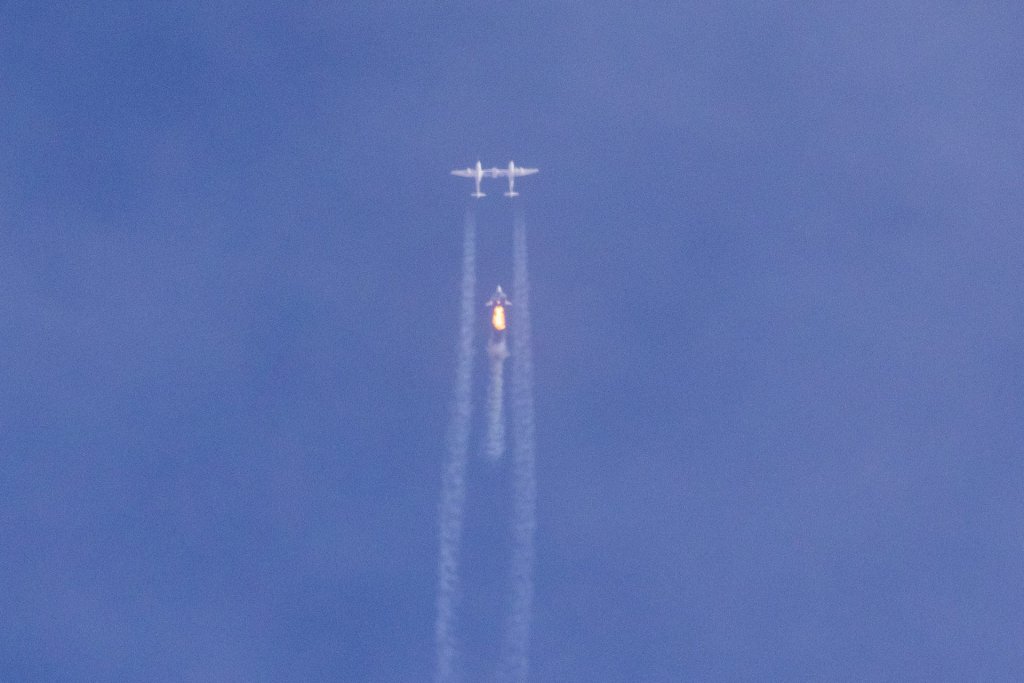 SpaceShipTwo Unity ignites its engine for just one second on its test flight in December 2020. Courtesy: Twitter/Jack Bayer