While Star Trek TV and movie “Captain Kirk” actor William Shatner, 90, has been announced as planning to fly briefly into space above the Karman line limit of 100 km aboard Blue Origin’s suborbital New Glenn rocket, there are now real plans to film a different movie actually in orbit. To manage this, a Russian Soyuz 2-1A rocket launched the Soyuz MS-19 spacecraft rom the Baikonur Cosmodrome, Kazakhstan at 0855 GMT on 5 October. The crew aboard consisted of professional Russian Cosmonaut Anton Shkaplerov, as well as the Russian actress Yulia Peresild and the film director Klim Shipenko. Yulia Peresild and Klim Shipenko will remain on the Station for 12 days and will record around 40 minutes of footage for a film called “The Challenge”.

The newly launched Soyuz MS-19 docked with the Rassvet module of the International Space Station at 1222 GMT. The docking was conducted manually by Shkaplevo as the automatic Kurs docking system ran into trouble.  Yulia Peresild and Klim Shipenko are scheduled to return to Earth on 17 October with the Soyuz MS-18 spacecraft with Cosmonaut Oleg Novitsky. 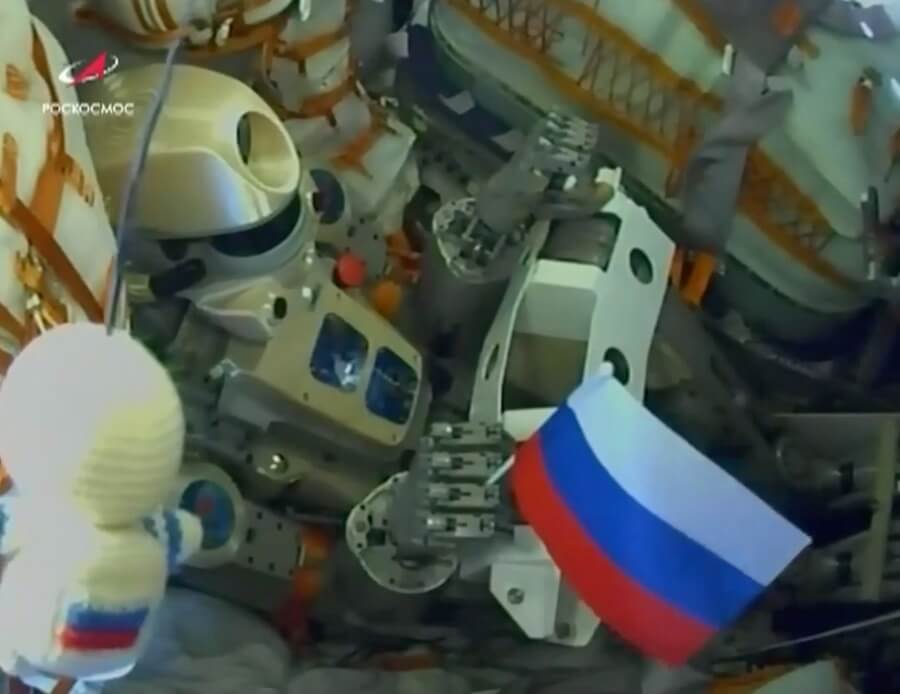