While the mystery about the function of US National Reconnaissance satellite, NRO-76 still exists – its highly elliptical “Molniya” type orbit is ideal for communications over northern latitudes or for ELINT (Electronic Intelligence) purposes – there was less mystery over the payload’s launch. 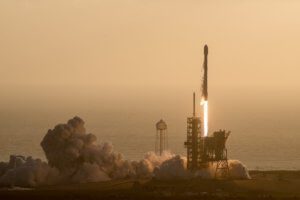 The launch of NRO-L76. Courtesy: SpaceX

A Falcon 9V1.2FT-R with all of its nine first stage Merlin engines burning was used to launch the rocket from the Kennedy Space Center (KSC) launch pad that formerly launched the Space Shuttle. Having been delayed by 24 hours due to anomalous readings from a sensor on the first stage. Lift off took place at 1115 GMT on 1 May 2017. 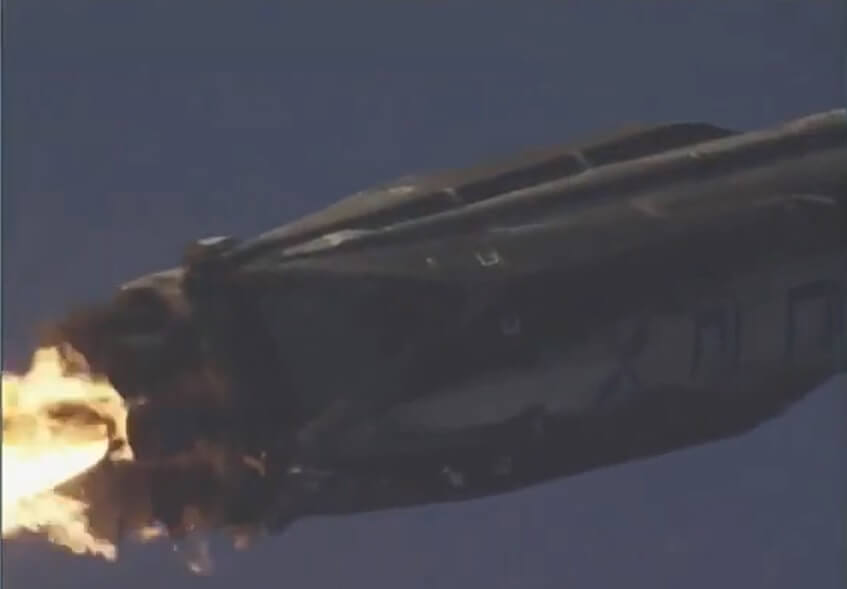 Having played its part in delivering NRO L-76 into orbit, the Falcon 9 first stage makes its final braking burn before landing. Courtesy: SpaceX

The flight went as planned, though the television transmission showing the spacecraft being deployed from the rocket’s single Merlin engine upper stage was deliberately cut due to the secret nature of the payload. Instead, SpaceX chose to show the impressive re-entry and landing sequence of the reusable first stage of the rocket which having been shut down and separated at 2 minutes 18 seconds into the mission, went on to make a flip in its orientation so that its engines were point back to its launch site, with burn then made with three engines to send it back to the Florida coast.

After another three Merlin engine burn to slow the rocket down for re-entry, and a final single engine braking burn starting just before touch down, the rocket stage landed back at its landing zone 1, about 15 km from the launch site further up the coast. This is the sixth continuous successful recovery of a stage either on land or on a barge, showing that the technique is fully proven.