Avanti Commnications, the London-based firm which offers Ka-band broadband communicaions coverage across the Mediterranean, Africa and the Middle East using its Hylas 1 and Hylas 2 communcations satellites, suffered a share-price drop of 40% ending up at 145p by the close on 10 July after the firm revealed that it would not make its revenue targets.  The following day, when it became known that Avanti’s CEO David Williams was buying his own firm’s shares, Avanti’s stock price rose 14%.

Comment by David Todd: While the mediterranean region has had more than its fair share of economic problems which would hinder revenue growth for satellite services, there are other factors.  Avanti noted that part of the reason why its revenues were growing slower than expected was because of delays in the completion of some expected contracts from Africa. 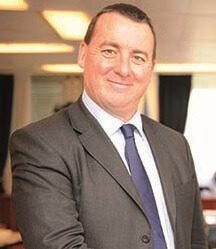 Avanti decides not to sell after securing refinancing deal

UK based, Fixed Service Satellite operator Avanti Communications Group, which put itself up for a potential sale in July, has Read more

While the news had previously been leaked, the US spacecraft and launch vehicle manufacturer, Orbital Sciences Corporation, formally announced that it Read more