At 1536 GMT, on 5 October 2016, the start-up space company Blue Origin completed the fifth consecutive launch of their New Shepard booster, alongside the first successful in-flight test of their crew abort mechanism. The primary aim of this mission was the testing of the capsule’s in-flight abort mechanism.

This capability is an important stepping stone on the road to achieving man-rated status and gaining permission to fly passengers on the New Shepard booster. Private human access to space is one of the company’s primary missions.

At T+ 45 seconds, and altitude of nearly 5 km, the capsule’s escape motor was fired for a two second burst generating 70,000 lbf and quickly separating it form the booster. The capsule upon leaving the booster seemed to spin for a short period of time before stabilising.

The main parachutes deployed from the capsule at T+ 2 minutes 35 seconds, before achieving a successful landing at T+ 4 minutes and 40 seconds. Whilst the capsule was descending the booster continued its climb. Free of the weight of the capsule the booster was able to climb faster than usual resulting in a need to slow the acceleration and throttle down the engine, else it would exceed its calculated apogee and be unable to attempt a landing. This reduction in acceleration meant that it did not quite cross the von Karman line (representing an altitude of 100 km or 62 miles commonly held as the border of space).

It was stated by Blue Origin owner Jeff Bezos, before the launch that the booster was not expected to survive the abort attempt considering the amount of force which would be applied to the craft, but if it did it would certainly be retired to a museum as reward for its service. Defying expectations the booster continued to fly after the abort, and was able to complete its landing attempt at T+ 7 minutes 29 seconds. 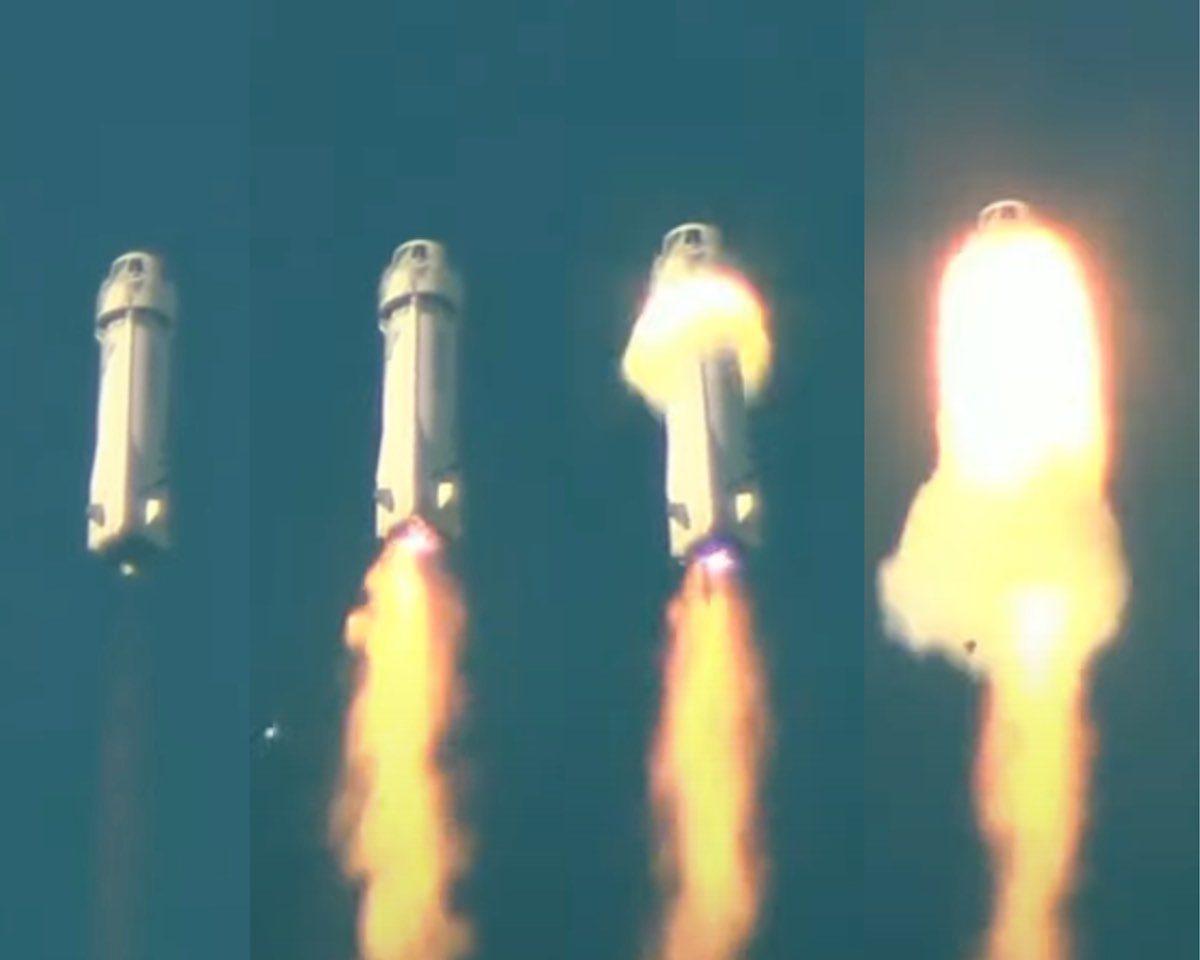