Expect Augustine’s options to be ignored by Obama

Hyperbola, despite being in Washington DC this week and the US for the past two and a bit weeks, has been somewhat hampered in its efforts to monitor proceedings because of the EAA Airventure airshow in Oshkosh, Wisconsin, the AIAA 45th Joint Propulsion Conference in Denver and the AUVSI Unmanned Systems North America 2009 conference, right here in the USA’s capitol city (and some tourism around Utah and DC’s national mall)

Despite that I found the time to write an analysis piece for our print title Flight International which you can find here. I was interested in how NASA was re-examining Constellation and what the committee’s comments were about the “program of record”, to use the technical term, when the Ares rocket work was presented at the Hunstville, Alabama meeting on 29 July

Looking at the media coverage now the final public meeting has taken place, Hyperbola’s reacton is, but is that news, we knew that already? We knew that Constellation, in its current form, was unaffordable, we knew back in June that opting for Delta IV was not a cheap option, but I would have to say that the best headline prize goes to the RocketsAndSuch blog

Examining the realistic options we know that Atlas V is ruled out because of its Russian engines, and Augustine panel member and former Boeing Space Shuttle programme director Bo Bejmuk thinks its margins are to close to call

Delta IV could do the job apparently but you have to man rate it especially the RS-68 engines, and so why not use the Falcon 9 Heavy, it and its Merlin engines have been designed with NASA man rating standards from the get go?

Some panel members do indeed think that “commercial” has some sort of magic wand to do it cheaper and faster but in the Aerospace Corporation’s view, people who have actually looked at the numbers, that is not so – and Hyperbola agrees

If you choose a Delta or Falcon then you have to redesign Orion for those launchers, unless you want to start again? Why not use SpaceX’s Dragon you might ask, well that has not been designed to be lunar capable and until now the intention is to go back to the Moon

This all might sound like an argument for Ares I but it is in fact an argument about why the alternatives are not as great as their proponents claim. And as Bejmuk said at the 29 July meeting, and I qouted in the analysis article referred to above, if the US is going to change from Ares to something else it is got to be something “overwhelmingly better”The blogosphere focuses greatly on a rocket’s LEO payload capability and perceived costs and safety levels. But rarely do I see issues of workforce and infrastructure and industrial base tackled

The reality is that what is on the ground is as important to the decision makers as what goes up into the air. Obama’s decisions are more likely to be shaped by the impact his decision will have on the workforce and industrial base than any heroic notions of Mars or Moon return

For this reason I suspect that Ares V will be replaced by the Shuttle derived-Heavy Lift Vehicle that in turn will take the place of Space Shuttle, which will have its retirement stretched out, and Ares I will continue in the background as a crew transport to LEO for an Earth Orbit Rendezvous architecture for beyond-LEO missions with a beyond-LEO capable Orion. In the meantime Russian transport will be purchased. Commercial will just do cargo, if it achieves that

For those of you who say, oh but the Augustine panel’s options don’t say that, I say, do you honestly believe that Obama will not simply use bits of that report to justify his own plan that reflects his political priorities?

I finish this post with one comment on Mars as a goal. If the red planet becomes the new goal, Constellation will become a technology programme to develop the systems to get there and in the years to come that technology programme will be whittled away, Shuttle will retire, the US will buy Russian transport until International Space Station ends and then there will be no US manned spaceflight programme 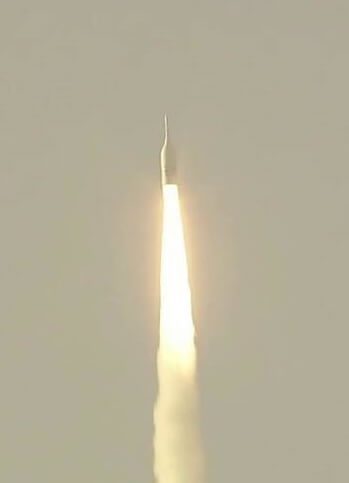 After weather and a valve fault induced a one day delay, the Delta IV launched the Orion EFT-1 mission successfully into Read more