According to Nasawatch.com and a news release posted on SpaceRef.com. Denis Tito, the first ever space tourist who made a flight to the International Space Station in 2001, is planning to attempt to fly around Mars.   Dennis Tito’s initial mission is apparently only going to be one involving a two-man crew on a free return trajectory with no orbial insertion or Mars landing.

The 501-day mission was originally devised around SpaceX Dragon capsule technology but SpaceX has now withdrawn its involvment.  Whatever spacecraft is used it will be launched in 2018 to take advantage of an ideal planetary alignment.  The mission is to be funded via the Inspiration Mars Foundation.  Multi-millionaire Tito, who holds a degree in Astronautics, made his money via financial investment analysis. More details are to be given in a press conference on 27 February.

Comment by David Todd:  A Mars flyby mission would be possible using current technology and life support systems.  There are health implications as there would also be the problem of solar and cosmic radiation to deal with.  Still the plan is imaginative and bold and might actually embarrass national space agencies.

For the time being, the likes of NASA, Roscosmos and China’s space programme seem to have limited their tentative plans for manned exploration to initially go back to the Moon, perhaps even including a visit to an asteriod, commercial space organisations seem to have their hearts set on putting humans on Mars.  Apart from Dennis Tito’s fly-by bid which may, on later flights, be turned into a full landing mission, the runners and riders in this race so far include Mars One who planned to land on Mars in 2023 and Elon Musk’s SpaceX outfit with his plan for a Martian landing within 15 years.  Those like Robert Zubrin, who have long advocated for a Mars-First policy with respect to mankind’s next steps in space exploration will be thrilled that a new space race to Mars, this time privately led, is now underway. 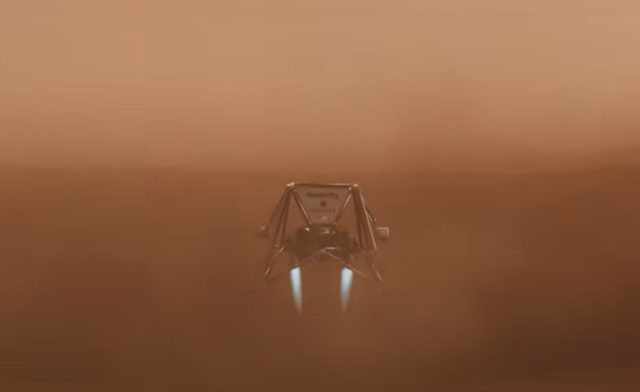