At the well attended 4th UK Space Propulsion Workshop held under the Knowledge Transfer Network (KTN) at the Imperial War Museum in London in October, the subject of whether the UK should have a small launch vehicle and a UK spaceport, came up.  It was accepted by the workshop that government money would probably have to be given in grant form to help develop a new launch vehicle if it would be able to be offered commercially at low enough prices.

Nevertheless, Ross Tierney, the CEO of Horizon Space Technologies company which is based at the commercialised Westcott rocket test centre near Aylesbury in Southern England,  hopes to offer a low cost launch vehicle without the aid of government money. He made a presentation updating his firms website details on Horizon Space Techologies’ plans to offer the UK’s first new small launch vehicle since UK’s last satellite launcher Black Arrow which flew only once to orbit in 1971. In doing so, Tierney’s firm will be directly competing with Tranquility Aerospace’s proposed Devon 2 for that honour, even though that rocket is a much smaller launch vehicle.

The new Black Arrow 2, named in tribute to the original Black Arrow, will be a two-stage initially all expendable rocket using Liquid Oxygen (LOx) and Liquefied Natural Gas (LNG) which is mainly methane as propellants. The initial version of the Horizon Space Techologies’ Black Arrow 2 is being designed to lift at least 500 kg to 200×200 km 0° equatorial orbit, or 300 kg to 600×600 km 98° sun-synchronous orbit for a price of about US$8 million.  This figure will reduce with experience.  Later versions may have double this payload.

Tierney, who was a driver of the independent ‘Direct’ rocket concept which directly influenced the design of NASA’s heavy lift SLS, noted that his firm did have financing but would not be publically releasing details for a few months.

The 1.8m diameter first stage will use a single 400 kN thrust gas-generator cycle pump fed engine while  the upper stage will be powered by a 50 kN pressure fed upper-stage engine.  The peak acceleration in flight will be about 5g.  The rocket, which will make exensive use of 3D-printing and composite structures, is being privately developed using private funding the details of which are being kept secret for the time being.  Initial flights are due to begin in late 2018. Commercial flights at a rate of four per year are expected to take place either from Northern Scotland or from a Sea-Launch style floating platform located in the equatorial ocean.

The attraction for UK based satellite companies would be to have a UK launch site with nearby integration facilities close to where they are being built. However, satellite operators and manufacturers are at pains to note that price would still be the main determinant on whether a launch vehicle is chosen or not.  The issue of US ITAR restrictions raised its head where most agreed that this had to be ironed out in respect to US rocket or satellite technology before the UK could hope to offer a commercially successful spaceport whether for vertical or air launches.

In common with other firms (SpaceX, ULA, Blue Origin, Tranquility Aerospace) Horizon Space Technologies hopes to eventually make the first stage of its Black Arrow 2 launch vehicle reusable. It was noted at the workshop by rocket expert Bob Parkinson, now a visiting Professor at Cranfield University, that the first stage engine(s) was by far the most expensive element on a launch vehicle accounting for about 45% of the cost.

It was not only launch vehicles that Parkinson made observations about. He, in common with other speakers is concerned that a change of spacecraft thruster propellants was becoming more likely, caused by either legislation or by shortage.  For example, it is expected that EU legislation may soon ban the use of poisonous hydrazine in mono-propellant thrusters and even, in its MMH form, in bi-propellant thrusters.  Things are not much better on the electric thruster front.  Parkinson warned that supplies of Xenon used in its ionised form in electric thrusters, would soon not be enough to keep up with demand with an inevitable rise in its already expensive price.

Bill Bentall of Airbus Defence and Space noted that low thrust engines such as electric thrusters were not a panacea to mission fuel saving.  Some mission trajectories are better optimised for energy use by using higher thrust systems which can be less prone to excessive gravity losses.

While the UK leads in some types of propulsion (QinetiQ’s T5 and T6 Kaufmann electric thrusters are world leading, the Reaction Engines’ air-breathing SABRE engines could revolutionise space transportation, and the fuel-less E-M Drive devised by Roger Shawyer might prove to be infinitely fuel efficient) it was accepted by the workshop that the UK had to relearn some basic technologies including how build propellant tanks for its rockets and spacecraft – a technology it has lost since the 1960s. On the subject of loss of expertise, Bob Parkinson repeated a point made by Olly Lane of SSTL that while there were experienced “grey beards” in the UK rocket propulsion industry, and a lot of keen and talented graduates, there was a “soft middle” with few 40-something old UK engineers with the necessary experience able to carry on both with the work and with knowledge transfer to new generations.

Nick Cox of the UK Space Agency noted that space still has to fight for government money especially in these austerity times.  He showed that while government support of the UK space industry has increased, it still only spends about 0.01% of GDP on space putting it well down the league of developed nations in this respect. 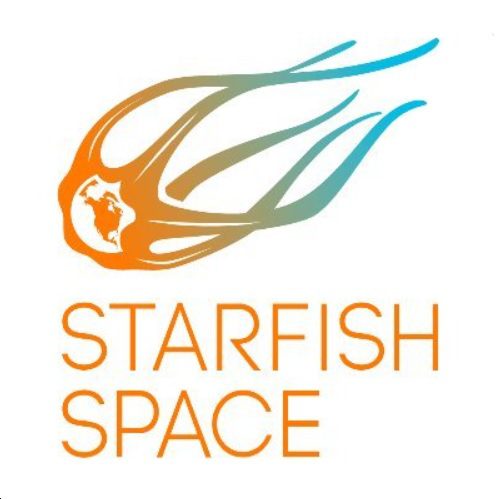 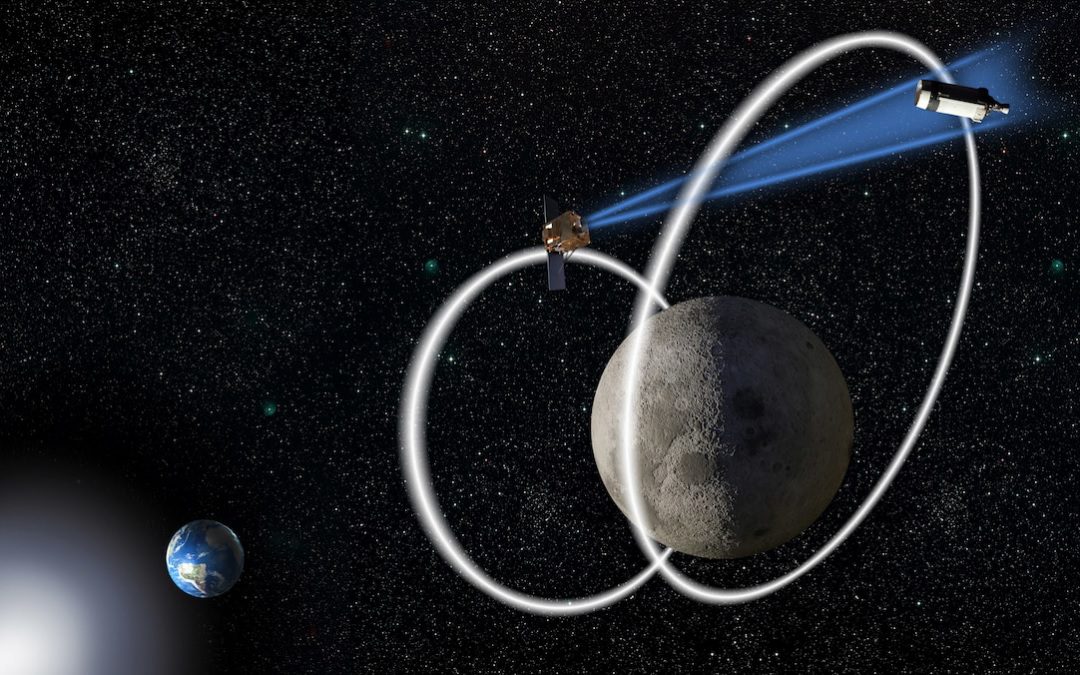 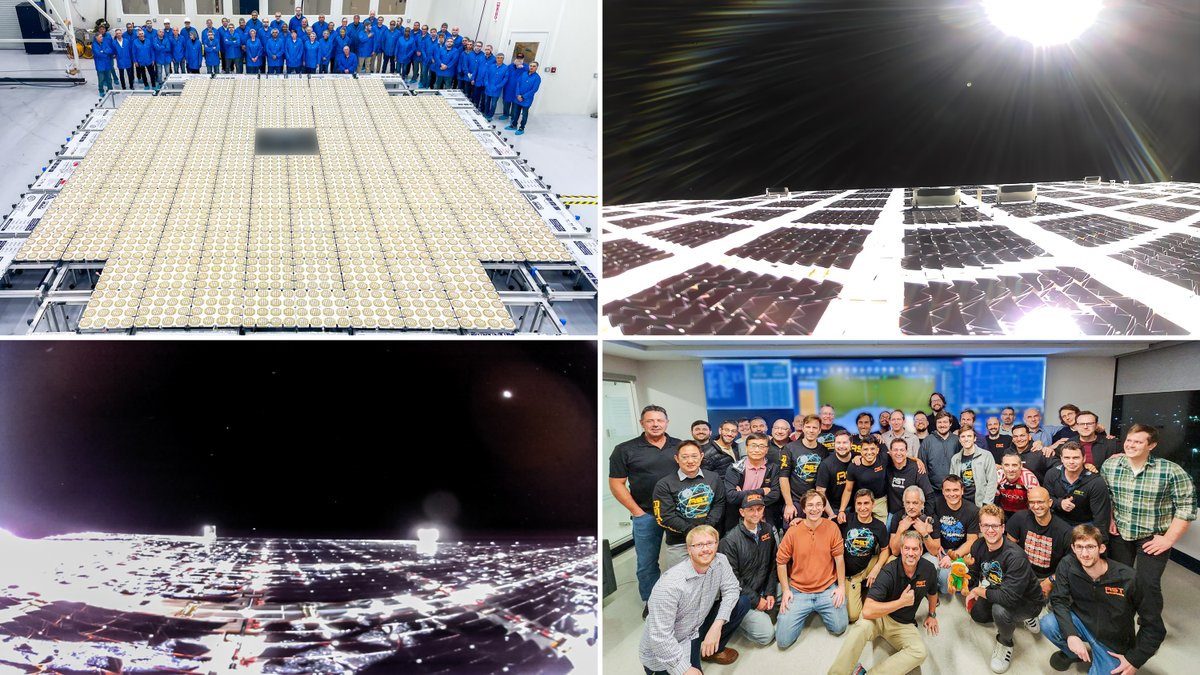 AST SpaceMobile, the company building a Bluebird satellite relay constellation that is directly accessible by mobile phones, has announced the Read more 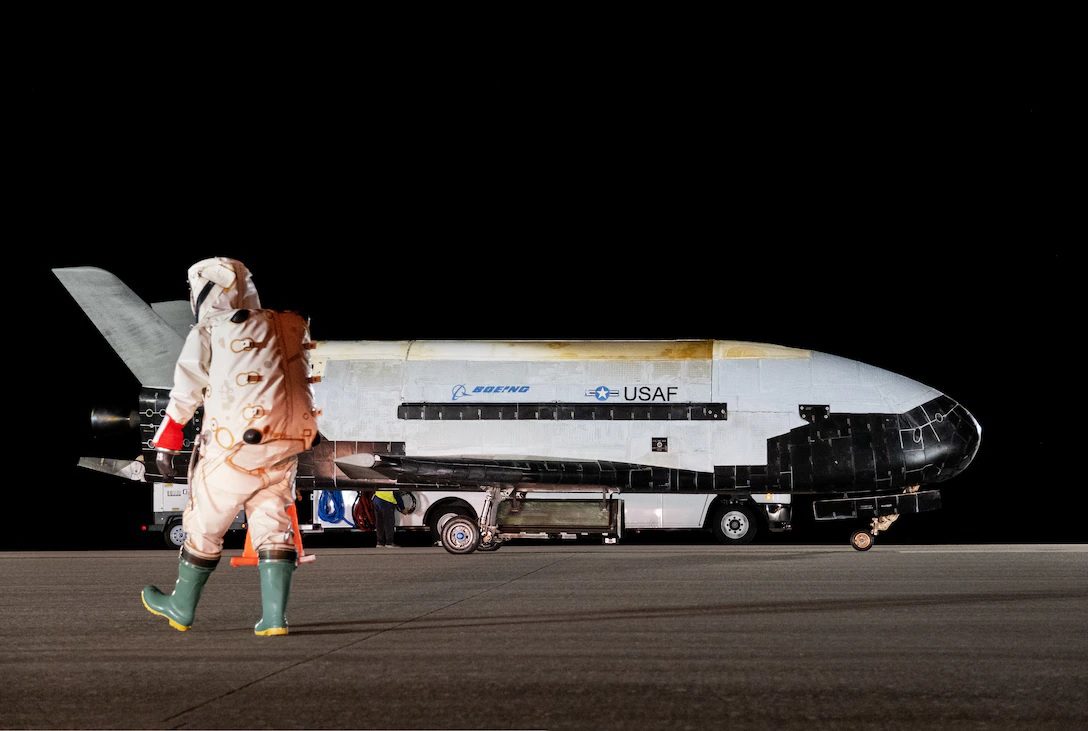 The US Space Force successfully recovered its X-37B on the Orbital Test Vehicle-6 (OTV-6) mission, after it deorbited and landed Read more