ESA (The European Space Agency) and Arianespace formally announced on 17 December 2015 that the  launch services contract for the James Webb Space Telescope (JWST) had been signed.  The spacecraft will be orbited by an Ariane 5 ECA launch vehicle from the Guiana Space Center, Europe’s Spaceport in Kourou, French Guiana in October 2018.

The JWST is a joint project of NASA, ESA and the Canadian Space Agency. Europe’s contribution includes the Ariane 5 launch, along with two of the four state-of-the-art science instruments optimized for infrared observation of the Universe, and support for scientific operations.

With its 6.5-meter-diameter telescope folded up inside the fairing of the Ariane 5 ECA, the 6,500kg spacecraft will be launched into a direct transfer orbit to the Earth-Sun Lagrange Point L2 (1.5 million km from Earth), the 6.5 metric ton observatory will shortly begin its deployment maneuvers as it heads to its operational orbit around L2. 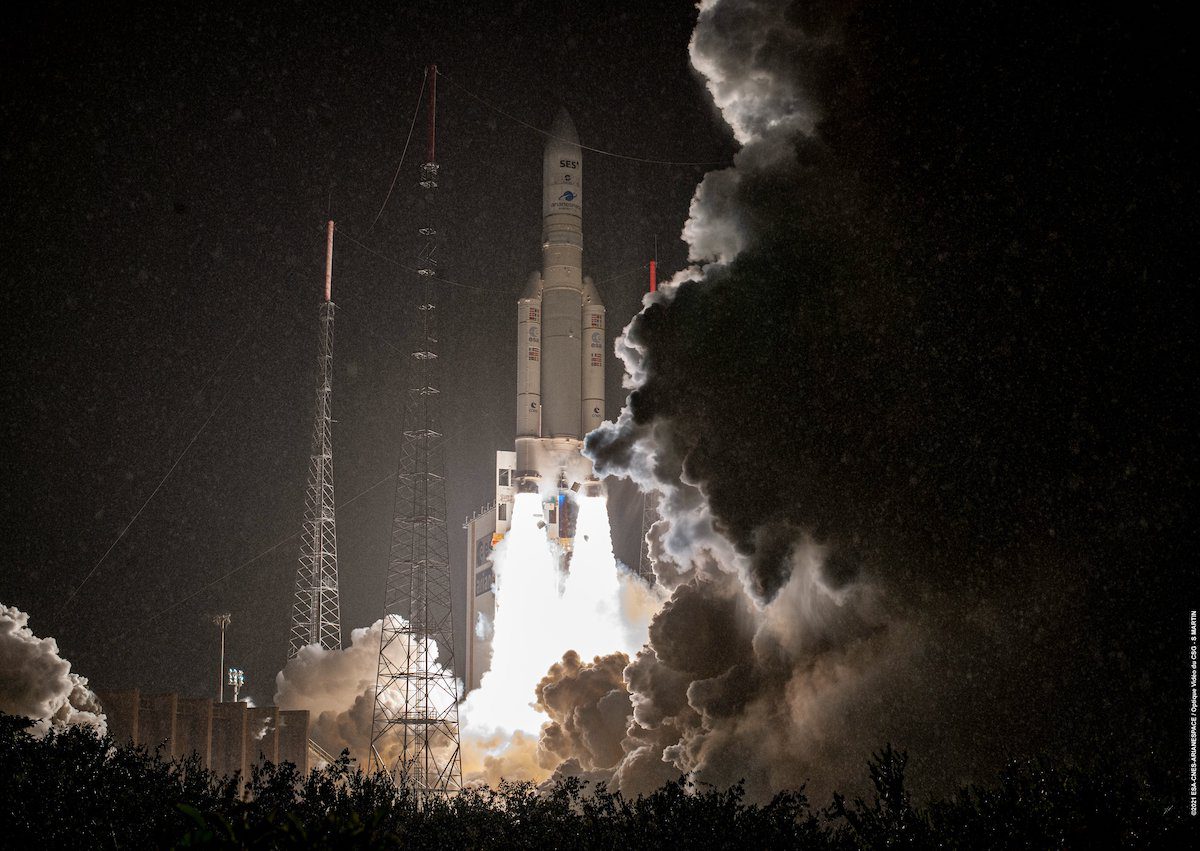 Having been delayed one day by a ground systems issue, and then a further one hour's wait to check out Read more

After a painstaking operation during its four weeks post-launch, engineers at NASA confirmed that the James Webb Space Telescope (JWST) Read more