On a lighter note: Chinese female astronaut has a rather lowly title but at least it is not glorified

Despite all those who have fought for women’s rights and equality, sadly, in many nations not only are women still paid less than their male counterparts, they are also given lesser job titles. Having said that, perhaps it is a quirk of translation that on the Chinese manned spaceflight mission, Shenzhou 10, the two male space travellers, Nie Haishang and Zhang Xiaoguan, have the titles of “Commander” and, a little less glamorously, “Operator” respectively.  However, possibly worst treated of all is the female member of the crew, Wang Yaping, who has been given the very lowly-sounding title of “Lab Assistant”.

Of course, lab (laboratory) assistants do some essential work in society, but being called a plain “Astronaut” or “Taikonaut” might have sounded a tad more glamorous for this brave lady, especially considering she faces a launch and re-entry which are not without risk and, in between, will serve on the Tiangong-1 mini-space station “laboratory” in orbit.  She is also to be a “teacher” in presenting lessons to pupils on Earth from orbit.

Still, at least the Chinese have not gone down the road of trying to glamourise relatively lowly job roles with bizarrely glorified job titles as often happens in Western countries, usually in lieu of pay and/or to make the workers feel a little better about what they do.

Examples of glorified job titles include:

While this correspondent is not one of those, he does have a somewhat over-glorious and even “sexy” sounding title himself: Senior Space Analyst/Space Correspondent.

What his dual role title really means that he is half an “upmarket data entry clerk” for our excellent SpaceTrak database (top half) and half a “journalist” (bottom half – of course),  The “Senior” part of your correspondent’s title is also misleading.  For so far down in the company ranking hierachy is this writer that he normally has to salute the firm’s cleaning lady (or does he mean the Environment Improvement Technician?),  OK, this is a jest, but it is not so far from the truth.

Just to pull the ego of your correspondent down a little bit further, his friends and colleagues at work have been apt to put a hyphen (-) in his title…right after the “l” in analyst,  On that rude note, even your correspondent’s own typographical errors sometimes aptly cause him to sign himself off as Senior Space Analsyt (sic). Ah well, just so long as he is good at something. 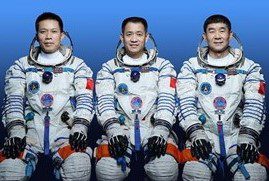