After a successful launch alongside its stable-mate Intelsat 36, on an Ariane 5 ECA rocket, things seemed to be going to plan for the Boeing-built Intelsat 33e. However, a fault in apogee kick motor/orbit raising Leros engine caused Intelsat to revise the date that the satellite would enter service. Instead of being finally positioned in Q4 this year, the satellite will not achieve the correct orbit until Q1 2017 at the earliest.

While this is not expected to reduce revenues significantly, using different, less efficient thrusters to perform orbit raising is likely to cut its mission life by 1.5 years (10 per cent of its minimum design lifespan). This may result in an insurance claim of about US$47 million given that the insured value at the time of loss was about US$470.5 million. 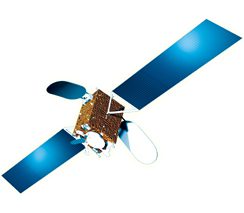 While it has been a painstaking operation during its four weeks since launch, engineers at NASA had previously confirmed that Read more