A Roscosmos State Corporation investigation, into the launch failure of a Soyuz-U launch vehicle which lost the Progress MS-04 cargo mission to the International Space Station, has found a likely cause: particle contamination in the third stage engine oxidiser pump.

The explosive failure of the oxidiser system tank of the rocket engine led to a premature separation of the payload, and caused it to be bumped by the third stage as well. The RD-0110 (11D55) is believed to have had its oxidiser fail and catch fire as the result of particle contamination within its workings. This contamination can be the result of poor workmanship directly introducing these particles, improper assembly of the rotor shaft causing rubbing and/or a vibrational imbalance effect.

The Soyuz launch schedule has been delayed for extra checks on these engines which are shared by later Soyuz marks.

Poor workmanship has been criticised by observers as trait of Russian-built launch vehicles, which, as a result, tend to have steady but never improving failure rates. 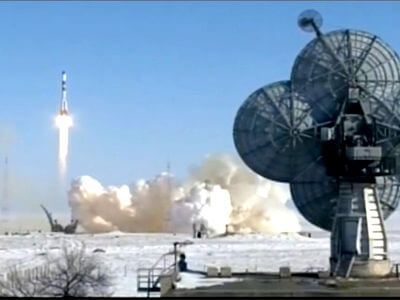 At 0558 GMT on 22 February 2017, a Soyuz-U rocket rose into the sky from the ice covered fields at its Baikonur launch Read more