Telesat announced on 23 December 2015 that it has procured the Telstar 18 VANTAGE spacecraft from Space Systems Loral (SSL). The new satellite will operate from 138 degrees East and is expected to be in service in the first half of 2018. Telstar 18 VANTAGE will expand Telesat’s coverage of growing satellite service markets in China, Mongolia, Southeast Asia, and the Pacific Ocean region.

Telesat also announced it has entered into an agreement with APT Satellite Company Limited (APSTAR) under which APSTAR will make use of capacity on Telstar 18 VANTAGE to serve its growing base of customers. This agreement extends the long term relationship between APSTAR and Telesat that has existed for more than a decade. The satellite will also be known as Apstar 5C.

Telstar 18 VANTAGE is designed for an in-orbit life of more than 15 years with electrical output of approximately 14 kW. 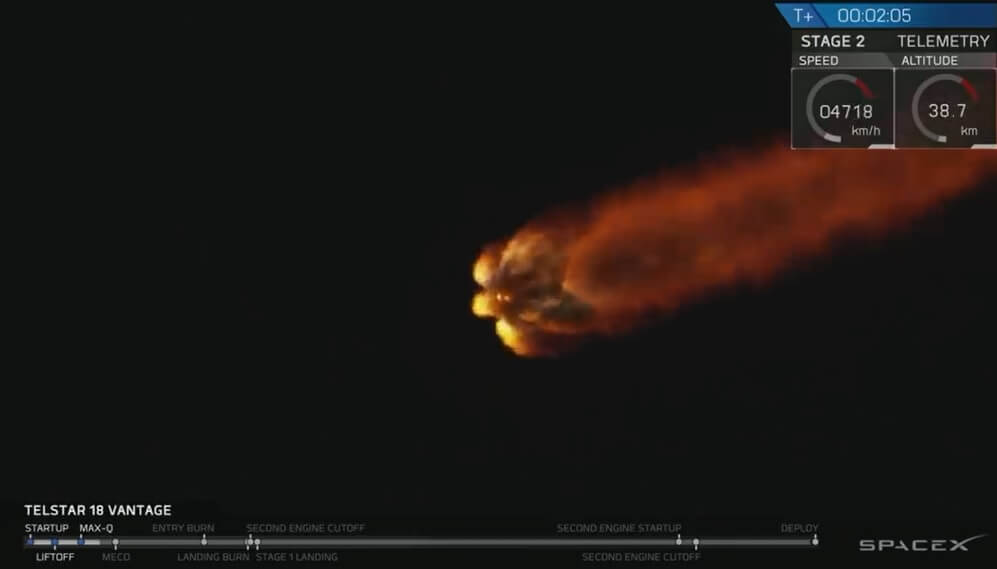 At 0445 GMT on 10 September 2018, a SpaceX-operated Falcon 9v1.2FT Block 5 rocket took off from the Cape Canaveral launch Read more

Terran 1 gets launch order from Telesat