The first British/European Space Agency (ESA) astronaut, Major Tim Peake, ended his spaceflight mission when the Soyuz TMA-019M spacecraft detached itself from the International Space Station (ISS) to re-enter and land on 18 June 2016, near Zhezkazgan in Kazakhstan. Also aboard were NASA astronaut Tim Kopra and Roscosmos cosmonaut Yuri Malenchenko. The crew had spent six months in space as members of the “Expedition 46 and 47″ crews.

With the three crew aboard, Soyuz TMA-019M (aka Soyuz TMA-19M) undocked from the Rassvet module of the ISS at 0552 GMT. After a deorbit burn at 0822 GMT, Soyuz TMA-019M successfully landed at 0915 GMT and the crew were recovered by ground teams.

During his 186-day spaceflight, Peake performed a variety of human physiological and other experiments on the ISS and conducted one spacewalk to repair a solar array section. The latter was marred by a water leak emergency to fellow spacewalker Tim Kopra. Peake has expressed a wish to go to the Moon one day if a proposed cis-lunar space station is ever built.

He has been praised by ESA for his overall mission performance and work rate, and has already been awarded the Companion of the order of St Michael and St George. 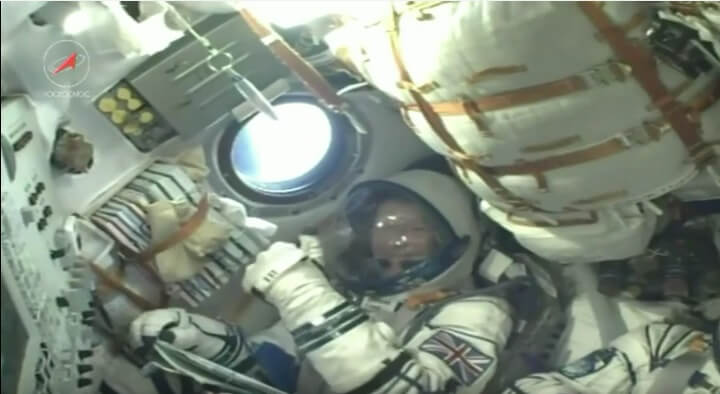