In a sign of strengthening resolve over Russia’s annexation of Crimea and its alleged attempts to annex Eastern Ukraine, Western nations are beginning to pull their spacecraft from Russian launches or bar commercial satellites from using them.  Canada was first to go as it pulled the M3M spacecraft from a Russian Soyuz launch by refusing to deliver the satellite to the launch site. ComDev, M3M’s manufacturer is hopeful that it can be launched before September 2014 – presumably on a different launch vehicle.

The M3M satellite whose official title M3M stands for Maritime Monitoring and Messaging Microsatellite was constructed by the Canadian firm Com Dev under contract from the Canadian Space Agency/Public Works Government Services Canada, for the Department of National Defence and is also subject to a commercial data sharing license with the commercial firm exactEarth.  The spacecraft carries an AIS ship tracking payload.

Meantime, the US State Department has banned all “munitions” from being sent to Russia or its launch sites. Unfortunately, under ITAR definitions satellite hardware and components are still counted as “munitions”.  This could mean that all western satellites are banned from being launched by Russian launch vehicles as most use US-sourced components.

Sanctions may also affect US launch vehicles. Aviation Week reports that the Atlas V which uses the Russian-built RD-180, and the Antares launch vehicle, which uses reconditioned Soviet-era NK-33 engines, may soon be disbarred from carrying US Government payloads if moves in the US Congress to prevent them from doing so go ahead.

Dmitry Rogozin, Deputy Prime Minister of Russia, whom, to his evident chagrin, has also come under US and EU sanctions, has criticised moves to impose sanctions  against the Russian space industry.  In what could be interpreted as either a well-meaning warning or a thinly-veiled threat to operations on the International Space Station (ISS) made by Rogozin, Interfax reports Rogozin as saying: “If their aim is to deliver a blow to Russia’s rocket-building sector, then by default, they would be exposing their astronauts on the ISS.”

Update 30 April 2014: Concerns over a ban on flying US space technology on Russian launch vehicles has already affected stock market sentiment towards some satellite operators.  The UK-based satellite operator Inmarsat had its share price fall over concerns that their Inmarsat 5-F2 and 5-F3 satellites, needed for the firm’s Global Xpress high speed mobile communications service, will now not be allowed to launch on Russian-produced Proton launch vehicles, with Inmarsat 5-F2 due for launch later this year.  Inmarsat and the US-based Satellite Industry Association have tried to sooth market fears with their interpretation that only technology which enhanced Russian military capability would be affected by any Russian launch ban.  If they are wrong,  the global satellite operator SES could be similarly affected as it planned to launch its Astra 2G communications spacecraft on a Proton this Summer.

Meanwhile, Rogozin has pithily added to his previous warning about ISS operations being affected by moves against Russia’s space industry via his own Russian language twitter account: “After analysing the sanctions against our space industry, I suggest to the USA to bring their astronauts to the International Space Station using a trampoline.” Rogozin writes.

MDA of Brampton, Canada, has announced that it is six months into the design work on a follow-on to the Read more 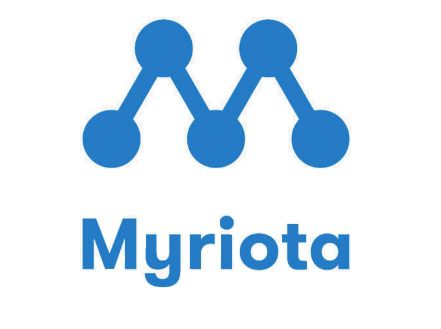 IoT start-up Myriota Pty Ltd. of Australia, has entered into a deal with Canadian company, exactEarth Ltd. for the sale Read more

It seems NASA is not the first to develop a space exploration video game. While hunting around for new images Read more