Comment: We have said it before…anti-aircraft guns and jammers are needed for drone defence

Seradata gives its sympathy and best wishes to those airline passengers and crew stranded while trying to travel from London’s second airport Gatwick after it was shut down by rogue “drone” aircraft buzzing the apron.  While we have sometimes joked about them, we have warned about the threat of drone UAVs (Unmanned Aerial Vehicles) before.  Drones not only provide an airborne debris strike/ingestion threat to commercial aircraft and their jet engines, they can also provide a spying/reconnaissance capability for terrorists and dictatorial regimes (or even just your next door neighbours), as well as being potential carriers for bombs and even small submachine guns.

This column has also jested that World War II Battle of Britain-style Bofors, Pom-pom or Lewis anti-aircraft guns might soon be needed. While they, or their modern equivalents, are too powerful and have too much range (usually over 3km) to be safely used at civilian airports and their busy surrounding infrastructures, short range shotguns (lethal range less than 100m even with heaviest shot although slugs can go further) could probably be safely used. As such, one can envisage shotgun-armed shooting parties chasing flying drones by riding on the back of fast moving Land Rovers or pick up trucks.

They are not the only answer. Some airports are training hunting birds of prey to take down at least smaller drone UAVs.  Meanwhile, as we noted in our report from the Farnborough Air Show, new drone jamming technologies such as Steelrock’s UAV Jammer (see below) might also be employed. The problem with these jamming technologies is that they have a range of 5.7km and can thus can theoretically affect commercial aircraft electronics as well.  As it is, some drones use autopilots and don’t need continuous radio signalling to control them.

By the way, in case you are wondering, it is already illegal in the UK to fly drones or model aircraft anywhere near airports and aerodromes. 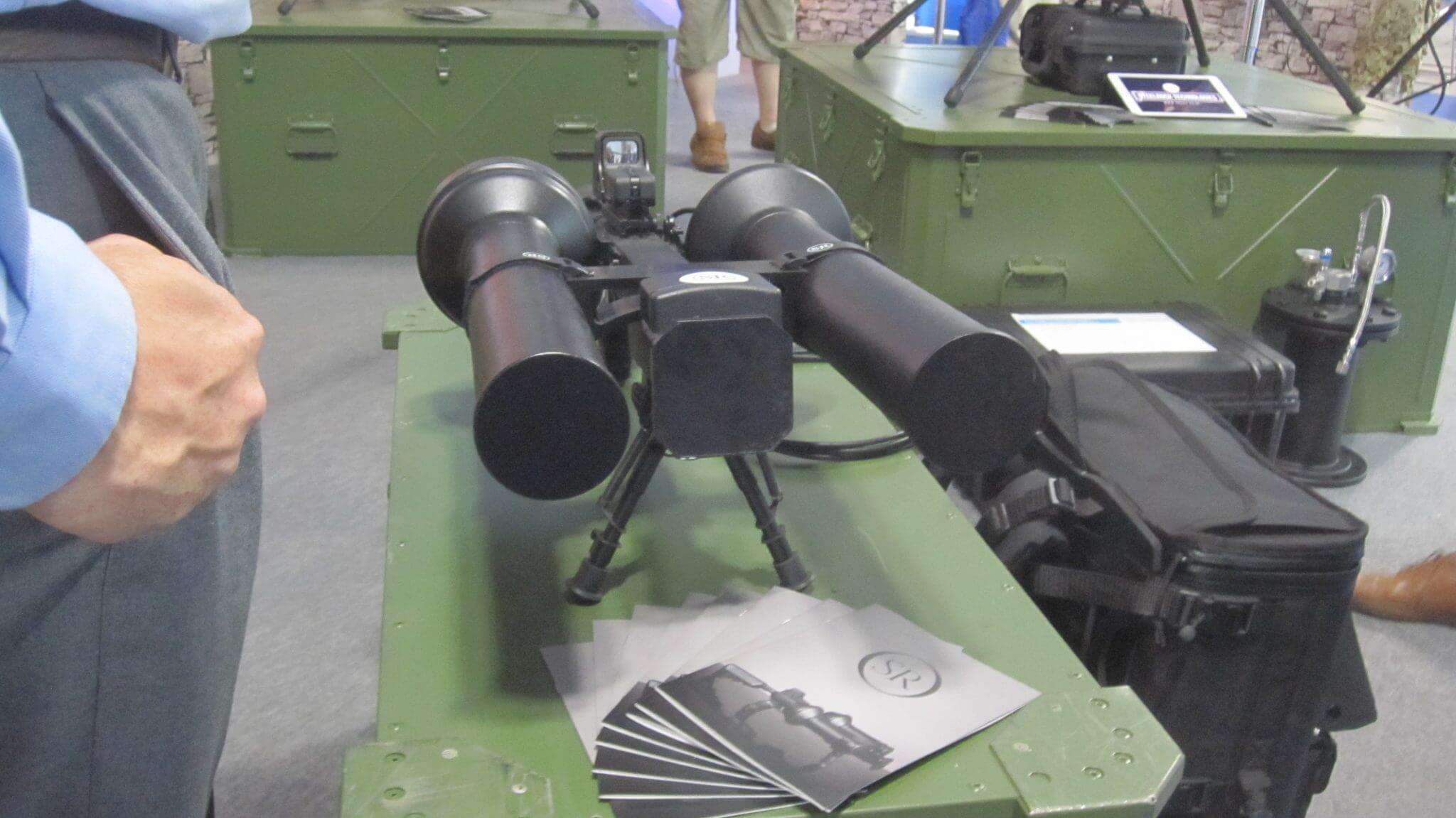 Update on 21 December 2018:  A combination of unspecified measures, including police with shotguns and UAV radars and jammers, have reportedly been deployed by the Sussex Police and by the British Army around Gatwick Airport and flights have now thankfully resumed there after a 36 hour hiatus. The perpetrator(s) of the multiple-drone interference to Gatwick airport’s operations have yet to be caught however.